The fitness tracker has been launched in India first and is soon expected to make its way to other markets globally. 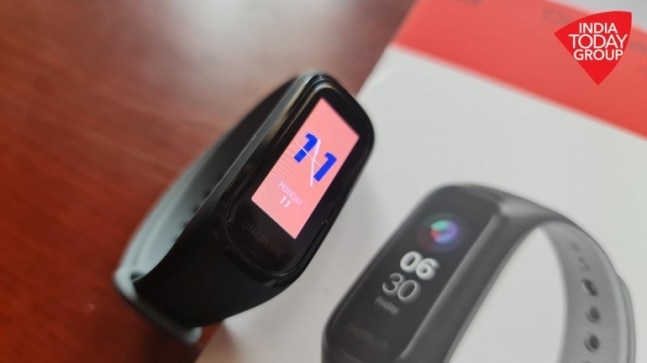 After a long wait, OnePlus has finally launched the company's first smart wearable. Called the OnePlus Band, this new wearable has been launched much before the long rumoured OnePlus Watch. The device is an affordable product that comes with competitive specs and a design that feels slightly above the bracket the company has positioned the product in.

The device has been launched by OnePlus as a smart activity tracker that can keep up with an active lifestyle. The fitness tracker comes with a detachable main unit which can be placed on dual-color strap combos.

The OnePlus Band comes with a 1.1-inch AMOLED color display which is promised to offer deep contrast and good brightness with the OnePlus Band promising good visibility even under direct sunlight.

The OnePlus Band offers a ton of watch faces and personalisation options through the OnePlus Health app. The OnePlus Band is claimed to offer a 14-days worth of battery life on a single charge. It will also come with 13 workout modes. Apart from this, it also promises seamless connectivity, with the OnePlus Health app, which can be downloaded via the Google Play Store. The supported exercise modes include outdoor run, indoor run, fat burn run, outdoor walk, out-door cycling, indoor cycling, elliptical trainer, rowing machine, cricket, badminton, pool swimming, yoga and free training.

CES 2021 starts today: Here's a guide to the first big tech event of the year; from schedule to what you can expect