The OnePlus Nord comes with a 6.44-inch AMOLED panel running at a refresh rate of 90Hz. The display is rated to provide 408ppi pixel density and 20:9 aspect ratio. 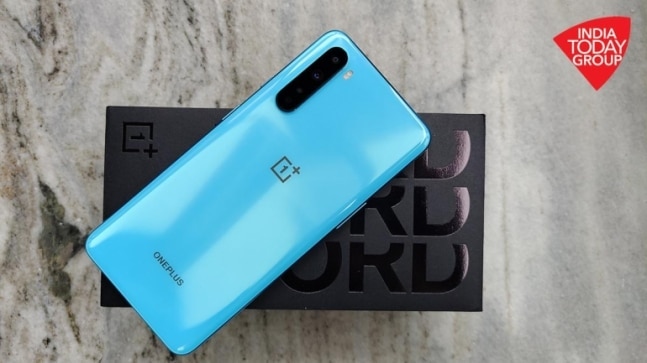 OnePlus' latest mid-range smartphone, the OnePlus Nord, has finally gone on open sale during Amazon's Prime Day sale. As a device, the OnePlus Nord brings promise of powerful performance and a premium design, but at a price that's also not a major drain on your finances. The phone was launched earlier last month at an online event hosted entirely in augmented reality, making it the first phone launch that made use of AR.

Phone maker OnePlus has announced that the Nord will be available in three variants in India -- as opposed to two in Europe. The entry variant of the device will bring 6GB of RAM and 64GB of storage. This one will start retail at Rs 24,999. However, this variant won't be available during the sale for purchase.

Interestingly, during the sale, buyers will be able to get their hands on the OnePlus Nord at discounted prices with Amazon extending bank offers with the device. Buyers purchasing the phone during the sale will get Rs 1,500 off if they purchase the phone using an HDFC Bank Credit card. Debit card users of the bank can also avail of the discount, however, only if they are making the purchase through an EMI transaction.

Keeping the lights on is a 4115 mAh rechargeable battery with support for fast 30-watt recharge via the USB Type-C port. For sensors, the phone gets an in-display fingerprint sensor, accelerometer, electronic compass, gyroscope, ambient light sensor, and proximity sensor. For security, there's an in-display fingerprint and face unlock. In terms of connectivity, the phone brings dual-band WiFi and support for 5G.