OnePlus Watch gets always-on display, company says when enabled battery life will be reduced to half

OnePlus has released an update for the OnePlus Watch, which it notes will reach a small percentage of users and will gradually roll out to more users in the coming days. The new update adds the always-on display feature. 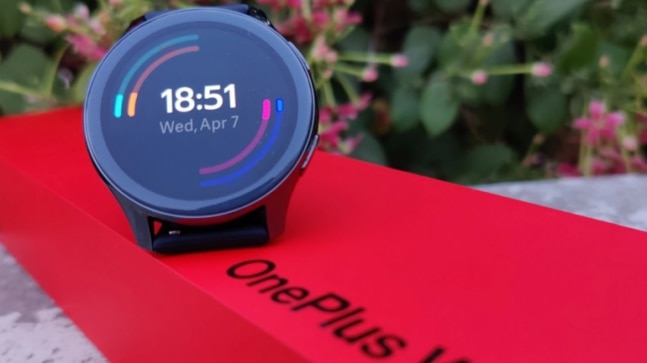 OnePlus Watch is finally rolling out the always-on display but notes that it will consume about half the battery. The company has released an update for the smartwatch, which it notes will reach a small percentage of users and will gradually roll out to more users in the coming days. Even though the OnePlus Watch new update has brought the always-on display dial, OnePlus has reiterated that when the always-on mode is enabled, the screen remains constantly on, which leads to increased power consumption, and so its battery life will be reduced by about half.

OnePlus Watch is priced at an introductory price of Rs 14,999, and its original price stands at Rs 16,999. The watch is also rolling out updates like remote control camera function, add marathon workout and is bringing improvements optimised system UI details and is resolving issues to improve system stability.

This is not the first time OnePlus is warning its users about the battery depletion that comes along with the always-on display mode. Last month, the company said in an FAQ that it was considering adding the feature in a future update. However, the AOD feature may increase power consumption by almost 50 per cent and result in a severe depletion of the battery life. The always-on display feature is widely available on smartwatches such as the Apple Watch Series 6.

OnePlus, in a statement, had noted, "The one thing we unanimously seemed to agree upon is that having to charge our smartwatch daily really affected our experience. If we forgot to charge it overnight, a few minutes of charging before we head out isn't enough, and the battery dies later in the day."

OnePlus had also revealed that 2GB of the device's 4GB storage is dedicated to music alone and that, at least for now, the OnePlus Watch does not work with iPhones.

During the launch of the OnePlus Watch, the company had noted that a 20-minute charge would make the phone last for an entire week. The battery is said to be powerful as it can last up to two weeks on a full charge. Warp Charge quickly charges it to give extra power when you need it the most. The OnePlus Watch runs on an RTOS system. OnePlus chose this because it allows a longer battery life compared to Google's wearable platform.

Apple AirTags tracker hacked by researcher by altering its microcontroller