Oppo to make its own mobile chipsets, M1 could be first SoC

Oppo is looking to become self-reliant in the market that is dominated by the likes of Qualcomm, MediaTek, and Samsung for chipsets. 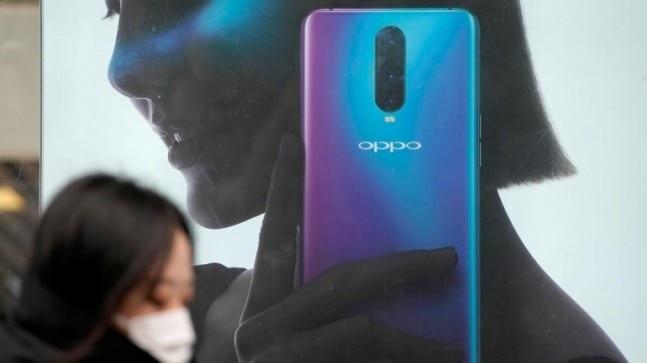 Oppo is looking to develop its own mobile phone processors to minimise the reliance on its existing suppliers. Liu Bo, president of Oppo China, has confirmed the company plans to step into making microprocessors but it will not be easy. For Oppo, the chip-making business will be "the crucial driving force" for its future and the one it wants to tackle to become self-dependent, much like companies such as Huawei that uses self-made processors on the smartphones. The alleged confirmation comes months after it was reported that Oppo has a "Mariana Plan" for in-house mobile phone chipsets.

Bo told Caixin, a China-based publication, that Oppo will step into the chip-making business by working with key suppliers that will "develop and design" chips for its smartphones. The suppliers Oppo's Bo is talking about include the US-based chip-making behemoth Qualcomm and Samsung. Over and above the intel Oppo is seeking from its suppliers, the Chinese company has reportedly been hiring chip engineers and other high-level executives from the second-largest chip-making firm MediaTek and Spreadtrum, a company owned by Tsinghua Ungroup that makes smartphone processors.

Oppo was reported to have filed with the European Union Intellectual Property Office (EUIPO) for what is said to be its first proprietary mobile phone chipset called Oppo M1. There is not much available about the chipset or when it will enter mass production if Oppo proceeds with the plans.

The primary reason behind Oppo's move to become self-reliant in the processor manufacturing industry is said to be the current standoff between China's biggest tech company Huawei and the US government over trade practices. Huawei has been in a deadlock with the US over the business that has so far majorly relied on the resources provided by the US-based companies. While Huawei has been making its own chipsets, the chip design licensing firm ARM was asked to suspend the business with the company for a brief period. Huawei has also relied on Google's Android software for its smartphones, over and above other necessary equipment that it requires for smartphone assembly. The US gave some relief to Huawei but that may be short-lived -- something that forced Huawei to work on its own operating system.

Much like Huawei, Oppo too wants to become self-reliant by entering the chip-making business but that might increase the overall costs of manufacturing a smartphone. The readily-available chipsets from Qualcomm, MediaTek, and Samsung are cost-effective, on the other hand. However, the Chinese companies are looking to increase the market share by lessening their dependence on third-parties and offer more competition.

Previously, Xiaomi forayed into the chip-making business with its custom chip for smartphones back in 2018. Called the Surge S1, the chipset was touted as the replacement for the ones sourced from Qualcomm and MediaTek -- something that could give Xiaomi better stability in the market. But Xiaomi never outed a smartphone that ran Surge S1. Earlier this year, Xiaomi was reported to have abandoned its chip-making plans.