Zombies and guns! What else could be better than this mix for the upcoming open survival game? 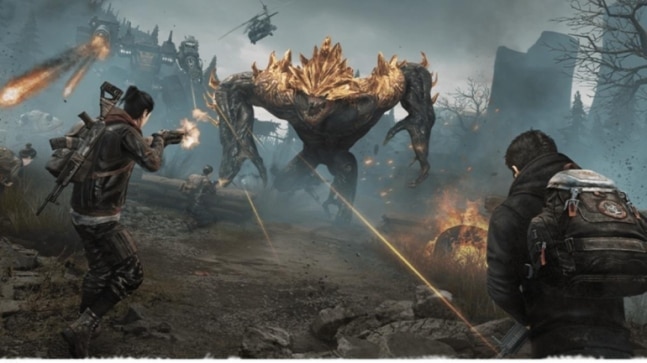 If you are sick of waiting for the relaunch of PUBG Mobile in India, you should veer off from that anxiety and check out the brand-new game from the developer of the battle royale game. Lightspeed Quantum Studios has made a new zombie survival game called Undawn that may be available in India. Undawn is based on a post-apocalyptic world teeming with zombies that players need to kill and escape in the co-op gameplay.

Undawn is out-and-out an open-world survival shooter game, which means you will have to engage in battles and survive till the last. It will be available to players via Garena, who is the publisher of the game. And that is why it is called Garena Undawn, just like Garena Free Fire. The game is made on the Unreal Engine 4 platform, which means it will be supported on a variety of devices. For now, Undawn will be available on Android phones initially -- and the pre-registrations for the "pre-alpha test" are already available on Google Play Store, though the game might arrive on iOS later.

We have seen thousands of zombie-inspired movies and games, including The Walking Dead. And even though calling this genre old is an understatement, it works. Each time. And now Tencent Games, which owns Lightspeed and Quantum Studios, and Garena are teaming up to try their luck in this exciting game. The trailer is already out, and I found it pretty interesting.

It is an open-world shooter, but you have a range of weapons, including a barbed club. You have vehicles in the game to escape the onslaught of zombies. And while all of that looks exciting, there was one thing I could not help but notice. Zombies in Undawn are pretty agile. I mean it is rare to see zombies running like a prey animal. Of course, there will be different locations in the game. For now, we know there will be maps based on ruined cities, jungles, and swamps in the game. And that is sourced from the trailer. We will have to wait for more details on how exactly the gameplay would look like in Undawn.

Undawn will support cross-platform gaming, which means players can join from a PC or a mobile. Right now, there is no information about whether the game will offer support for Sony PlayStation and Xbox.

PUBG Mobile is nowhere in sight in India. After the controversial ban last year, Krafton, the parent company, has been working its fingers to the bone to get approval from the government but nothing has worked so far. There have been several instances that do give a glimmer of hope for the comeback of the Battle Royale but there is nothing concrete to actually go by. So while the wait for PUBG Mobile India continues, Garena's new Undawn might give respite to players. In its FAQ page, Garena has said that Undawn will be available in SEA (Southeast Asia) and that includes India. So, fingers crossed.