Realme has launched a new smartphone under its new series, called the Realme V5. It is the brand's affordable-range 5G handset that has launched in China. 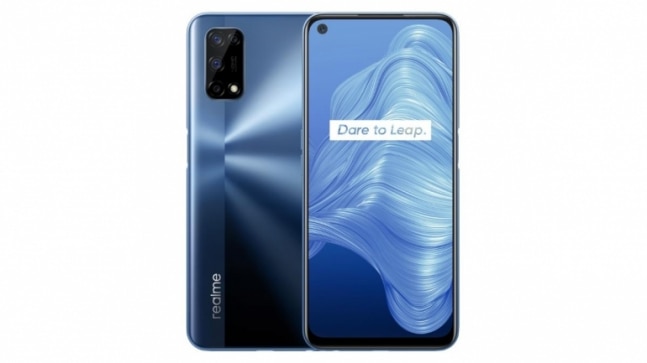 Realme V5 5G is the first smartphone to have been launched under the brand's new smartphone series. The V5 comes as the brand's first mid-range 5G smartphone that will exclusively be available in the Chinese market. It uses the MediaTek Dimensity 720 SoC under the hood and brings a quad-camera setup to the table. Realme V5 also introduces a new camera design to Realme smartphones and it looks very similar to those on Galaxy M-series smartphones. Realme set out to redesign its rear cameras with Realme C11 after implementing the vertical stack on the dead left corner of the smartphone's back.

The Realme V5 has two memory variants, the one with 6GB RAM and 128GB storage comes at a price of CNY 1,499 (approximately Rs 16,000) and another with 8GB/128GB configuration priced at CNY 1,899 (roughly Rs 20,500). It will be available in Green, Blue, and Silver colours starting August 7 in China. Its pre-orders are already live on e-commerce websites in the market.

Realme has not confirmed whether it will bring Realme V5 to India but Madhav Sheth, Realme India chief, recently said the company will launch a series of 5G smartphones soon in the market.

The Realme V5 is a mid-range smartphone that supports 5G, thanks to the MediaTek Dimensity 720 chipset, which has a 5G modem onboard. The smartphone packs up to 8GB of RAM and 128GB of storage, which is expandable via a microSD card of up to 256GB. The Realme V5 has a 6.5-inch FHD+ LCD display with 90Hz refresh rate and a punch-hole design. It runs Android 10-based Realme UI and has a fingerprint sensor mounted on the power button on right.

Will TikTok be forced to turn fully American?