In its latest iteration, Apple Watch continues to be the best smartwatch in the market, putting almost every other smartwatch to shame, albeit a few shortcomings 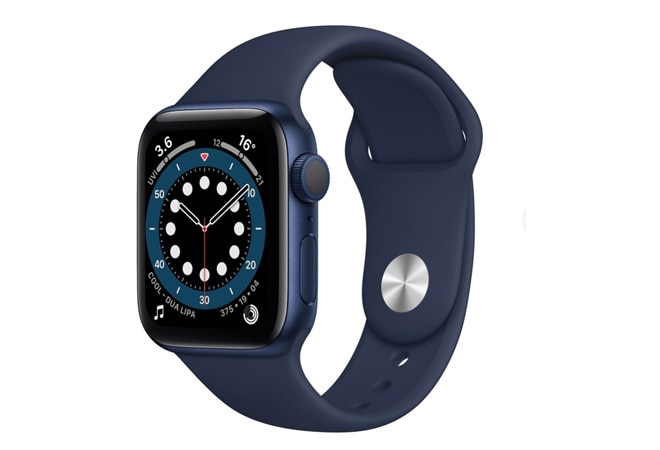 From being a fitness watch, Apple Watch has evolved to be a great health companion. Even though not a medical device, the nifty features such as ECG and heart-rate tracker works smoothly, and has helped detect irregular heart rhythms, an early symptom of a heart stroke or heart-related problems for many. And with the new Watch Series 6, Apple has integrated sensors and app to measure blood oxygen level too. This is a much needed and handy feature in the current COVID-19 pandemic as a drop in the oxygen level could not just be the early warning signs of the infection but also other health-related issues in general.

Continuing with the familiar design, the Apple Watch comes in the same 40mm and 44mm sizes, and in new (PRODUCT) RED and Blue aluminium cases. My review unit was the Blue aluminium case and my old blue leather watch band complimented it perfectly. It packs in a faster chip, and the screen appears brighter in "always-on" ambient mode, especially outdoors.

For measuring oxygen saturation there is the new blood oxygen sensor. Made up of four LED clusters and four photodiodes, it has been incorporated into the redesigned back crystal. The compatible app onboard records the measurement in just 15 seconds. But I had to keep my wrist stable as with the slightest of movement it failed to record the measurement. My blood oxygen level on the watch varied between 96 to 100 per cent. It works similar to the finger-based pulse oximeter, but I found the Apple Watch measurements to be more reliable. Maybe because my readings on the finger-based pulse oximeter have been erratic - even with the slightest of dust or greasiness on the finger, the readings dipped down to lower levels, causing unnecessary panic.

As handwashing for 20 seconds can help fight COVID-19 virus, Apple has activated handwashing feature with the watchOS 7 update, which works as promised. Once turned on from the watch app on the iPhone, the watch using motion sensors, microphone and on-device machine learning automatically detected hand-washing motions and sounds, and triggered the countdown. But this feature isn't tied to Watch Series 6 and is accessible on older models with the OS update.

Another much-awaited feature was sleep tracking, which Apple has implemented in its unique way. Unlike most of the bands and smartwatches that automatically switches to sleep mode basis the body movement, Apple wants users to develop a healthy sleeping pattern and sleep cycle. This includes setting up sleep schedule, activating sleep mode and wind down (to reduce distractions and help relax). Both sleep mode and wind down activate Do Not Disturb. It showed me the number of hours slept but should show more detailed sleep pattern data such as the number of hours of deep sleep. As I don't have a regular sleep pattern, in the current mode the sleep tracking wasn't of much help. However, I am hopeful that with this new feature, I might be able to change this.

This new watch packs in a new processor. However, the overall experience of using the watch and various apps was smooth, similar to the previous-gen Series 5. The new watch continues to be good at recording workouts, measuring EGC, heart rate, and having breathing sessions. The Apple Watch Series 6 is accompanied by a magnetic charging dock minus power adapter. The one I used to charge it with took close to two hours to charge and lasted me a full day with exercise tracking. However, I preferred to quick charge it for 30 minutes before going to sleep to be double sure that the battery does not drain while recording sleep. 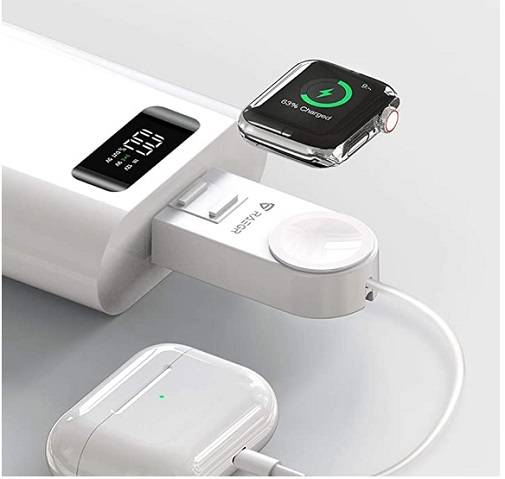 As Apple has decided to remove charging adapters from iPhone as well as watch this year, RAEGR's Arc 450 portable 2-in-1 Apple Watch charger is a great accessory. This compact accessory easily plugs into a USB-A adapter and chargers an iPhone and Apple Watch simultaneously. Or it can be plugged into the laptop's USB port as well. The accessory comes extremely handy when there is just one adapter or limited plug points around, especially when sitting in the office or while travelling. The compact size makes it a great backup charger for your laptop bag. The time required to charge the new Series 6 using this accessory was close to two hours, similar to what I experienced with the original charging dock.

Even with this new launch, Apple Watch continues to be the best smartwatch in the market, putting almost every other smartwatch to shame. However, it does have a few shortcomings. Even though Apple allows to customize watch faces, it still doesn't support third-party watch faces. And unlike other smartwatches that pairs with iOS and Android devices, this watch belongs only to Apple ecosystem.