With 6-inch plus screen size becoming a new standard, Apple has opted for a 4.7-inch LCD screen for the new iPhone SE - suited for single-hand use 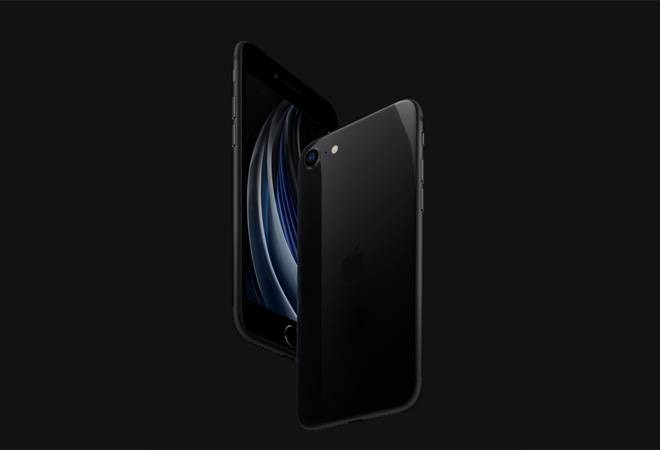 For iPhone lovers with restricted budget, generation old iPhones come handy. For instance, the iPhone 7 32GB retailing around Rs 31,500 still has many buyers. The new iPhone SE second generation, with a relatively lighter price tag compared to the iPhone 11 series, seems to be a better buy than the older generation iPhone models.

If you expect the same form factor as the original SE, you will be in for a disappointment. With 6-inch plus screen size becoming a new standard, Apple has opted for a 4.7-inch LCD screen for the new iPhone SE - suited for single-hand use. The compact design is the same as the iPhone 8 with thick bezels around the screen. The 4.7-inch LCD display is as good as ever, with True Tone to help colour-match surroundings. The new iPhone SE brings back the iconic home button (not a physical button) with Touch ID. I got used to it in just a couple of days.  Some welcome additions to SE  include the rear glass with Qi wireless charging support, IP67 rating making it dust and water-resistant (up to 1 meter for 30 minutes), support of eSIM for the secondary connection. By today's standard, the new iPhone SE is compact and lightweight.

Multiple rear cameras are common these days. While iPhone SE houses just a single 12-MP lens at the rear, it offers plenty of software-driven modes. The default photo mode captures sharp images with natural-looking colours and great dynamic range in well-lit surroundings, and it struggles in low-light with images having a lot of noise. The night mode is missing from the new SE. With software at work, the single-lens captures good bokeh photos but works on human faces and not on pets or objects. Once captured, I was able to edit the background blur as well. Even the portrait mode on the 7-MP front camera offers similar features and experience. Portrait Lighting effects including studio light, contour light, stage light, stage light mono, and high key light mono are accessible on both the front and the rear camera. It even captures smooth, flawless panoramas. The images captured from the 12MP camera are high resolution. I was able to zoom in and crop, so it compensated for the optical and digital zoom. The highlight is the 4k video that uses optical stabilisation and software and captures smooth footage with details is almost unbeatable at this price. Even with the few omissions, the iPhone SE's camera is a performer.

For the new iPhone SE, Apple might have opted for the old design and a single camera setup but hasn't compromised on the performance. On the new iPhone SE, you get the top-of-the-line A13 Bionic chip along with the iOS 13.4.1 out of the box. This manages everything - from gaming to on-device video editing - impeccably. This is usually not the case with the affordable offerings of the flagship phones - for instance, the Pixel 3A. I switched to the new iPhone SE from the iPhone 11 Pro, and not even once did I experience any performance issue or lag. The biggest plus point of iPhones are the regular OS updates, and if opted for a higher storage variant, it can easily last you three-four years or more.

Battery life isn't a plus point as it roughly lasted a day with close to five hours of screen time. Although the iPhone SE supports fast charging, the high-power adaptor isn't bundled in the box. Instead, it is accompanied by the standard 5W adaptor. For wireless charging, it works with all Qi-wireless chargers.

If you are looking for a compact phone on a restricted budget, the iPhone SE second generation fits the bill perfectly. With a familiar iPhone design, good camera, and great performance, the iPhone SE with prices starting from Rs 42,500 for 64GB is a good buy.