Samsung Buds series always had a smaller footprint without compromising on sound. With the Buds Live, Samsung has taken a bold step and has come up with yet another winner 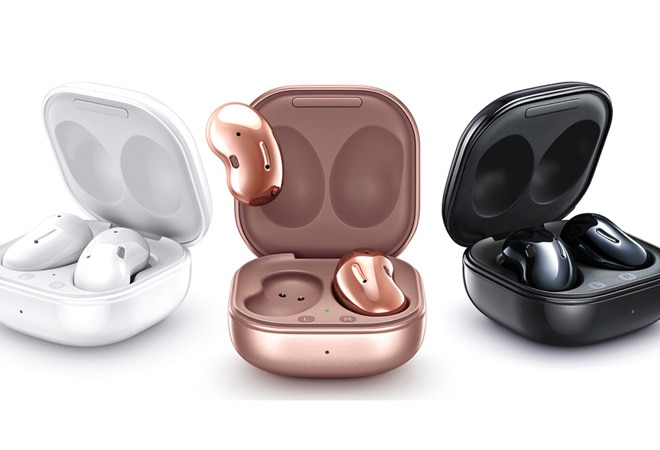 Apple Airpods stem shaped design has been the most popular and copied wireless buds design. With mic closer to the mouth, it does seem practical too. However, Samsung Buds series always had a smaller footprint without compromising on sound. With the Buds Live, Samsung has taken a bold step and has come up with yet another winner.

The bean-shaped Buds Live seems to be inspired by in-ear hearing aids. Designed to fit snuggly, the buds don't fall off the ear even while jogging. However, there is a particular way of wearing these buds that takes a little learning. Marked as left and right, the earbuds need to be worn in the correct ear with the speaker side facing inwards (towards the concha). While I found the Buds Live rather uncomfortable to wear initially, I got used to these earbuds in a few days and was able to wear them for hours without hurting my ears. The Buds Live are neatly placed in the finger-ring shaped charging case, which adds a premium feel. Rather easy to open, the case has prominently L and R marking along with an LED for learning battery and pairing status. While a Type-C port is at the rear of the case, it does support wireless charging.

Compatible with both iOS and Android devices, Samsung suggests one to install the Galaxy Buds app for a seamless experience. The app instantly detected the Buds Live, which were ready to be used in less than a minute. As wearing the buds can be a little tricky, the app provides proper guidance.

Touch controls make Buds Live rather easy to use. Double tap on the bud answer or end calls. For music controls, a single tap plays or pauses the track, double tap plays the next track and triple tap starts playing the previous song. Using the Galaxy Buds app, I was able to assign the touch control for tap and hold. While I preferred activating voice control, there is also an option to assign volume controls.

Audio while answering calls was rather impressive. It sounded as if I wasn't wearing buds but talking on the phone itself. Samsung has added three built-in mics along with a voice pick-up unit. Samsung claims that the latter senses when the jaw moves and the jaw vibrates, this data is converted into voice signals to deliver enhanced sound quality.

Be it listening to music over Spotify or streaming shows and movies over Hotstar and Prime Video, the Buds Live are a great multimedia companion too. The audio on normal mode had balanced lows and mids, clear vocals and thumping bass. Yet, I was able to switch from normal to one of the five equaliser modes including bass boost, soft, dynamic, clear, treble boost depending on the genre of the music. Overall, the audio quality manages to match Apple AirPods Pro. However, the active noise cancellation feature onboard falls a little short of expectation. The active noise cancellation option can be toggled from the app and a shortcut can also be assigned to the buds.

With hours of calling and music, the Buds Live lasted me closed to five hours on a charge. And putting them back in the case would charge them for the next day. Overall, the two combined were good enough to last anywhere between three-four days, depending on the usage.

ALSO READ: Samsung Galaxy F41 looks like a fine phone but Poco X3 edges it out at this price