Samsung Galaxy S20 FE launched with 120Hz display and more: Everything you need to know 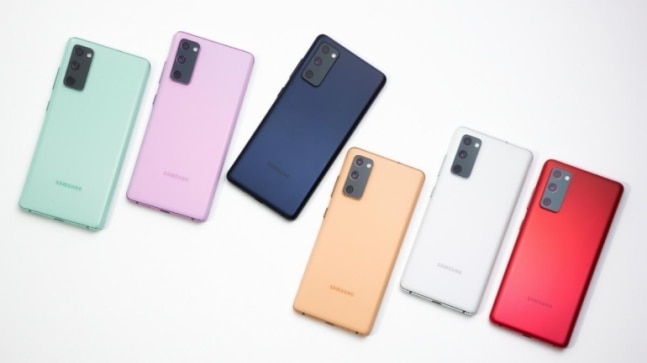 After weeks of leaks and rumours, Samsung has finally launched the Galaxy S20 Fan Edition (FE), as the newest member of the Galaxy S20 series. The phone has been announced as a premium device, that despite its impressive spec sheet will be sold at an aggressive price.

Samsung hasn't announced the India price of the device yet, however, it has revealed the US pricing of the phone. As per the company, the phone will be available at a starting price of $699 for the 5G model. There is also a 4G model, the price for which hasn't been revealed yet.

Apart from the powerful hardware, one of the most interesting things about the Galaxy S20 FE will be the fact that it comes in as many as six colour options - Cloud Red, Cloud Orange, Cloud Lavender, Cloud Mint, Cloud Navy and Cloud White. Samsung hasn't announced any availability date for India, but the phone has been announced to go on sale starting October 2 in select markets.

"We are constantly speaking to our fans and taking feedback, and we heard what they loved the most about our Galaxy S20 series, what features they used most often, and what they would want to see in a new smartphone," said Dr. TM Roh, President and Head of Mobile Communications Business for Samsung Electronics. "The S20 FE is an extension of the Galaxy S20 family and is the start of a new way to bring meaningful innovation to even more people to let them do the things they love with the best of Galaxy." Under the hood, the Samsung Galaxy S20 FE will sport slightly different specs based on the region of purchase. This is because the 4G variant of the Galaxy S20 SE comes with an octa-core Exynos 990 SoC, while the 5G variant will come with an octa-core Qualcomm Snapdragon 865 SoC. Both models will flaunt up to 8GB of RAM.

Powering the device we have a 4,500mAh battery that supports 15W fast charging and wireless charging. In terms of connectivity, the phone gets Wi-Fi, Bluetooth v5.0, GPS/ A-GPS, NFC, and a USB Type-C port. Additionally, the phone comes with stereo speakers optimised by AKG.