The Infinix Note 7 comes with a good Mediatek processor and a quad-camera setup on the rear. It is also cheap and big but are these features good enough. India Today Tech explores in the review

Infinix has added yet another budget smartphone to its arsenal with the Infinix Note 7. The Hong Kong-based smartphone maker has been trying to carve a niche for itself in the mainstream market with phones priced under Rs 15,000 and around Rs 10,000. And while the budget segment is one of the most difficult markets in India right now, it is good to see that Infinix has pushed the envelope with every new release.

The new Note 7 comes with a big screen that can easily pass off as a phablet, and a new OnePlus 7T-like design. There is a good Mediatek processor inside, which has been designed to handle heavy gaming and a quad-camera setup on the rear. All the features and the new design come in at a price of Rs 11,499.

By now this may sound like a perfect deal for customers. But there is more to a phone than a big screen and a good price.

With the Note 7, Infinix has finally released the kind of design that I believe will appeal to users greatly. It does to me. In all the previous releases, Infinix stuck to a rectangular camera module, but with Note 7, there is a fresh take. The new design is uncannily similar to the OnePlus 7T design, along with a dash of 3D texture that the Note 7 comes with.

The Infinix Note 7 feature has a glossy finish which also makes it a fingerprint magnet and a bit slippery. I would not recommend using it without a cover because it is a phone that is likely to slip out of sweaty palms. There is a cover that Infinix bundles with the phone so you can at least use that. 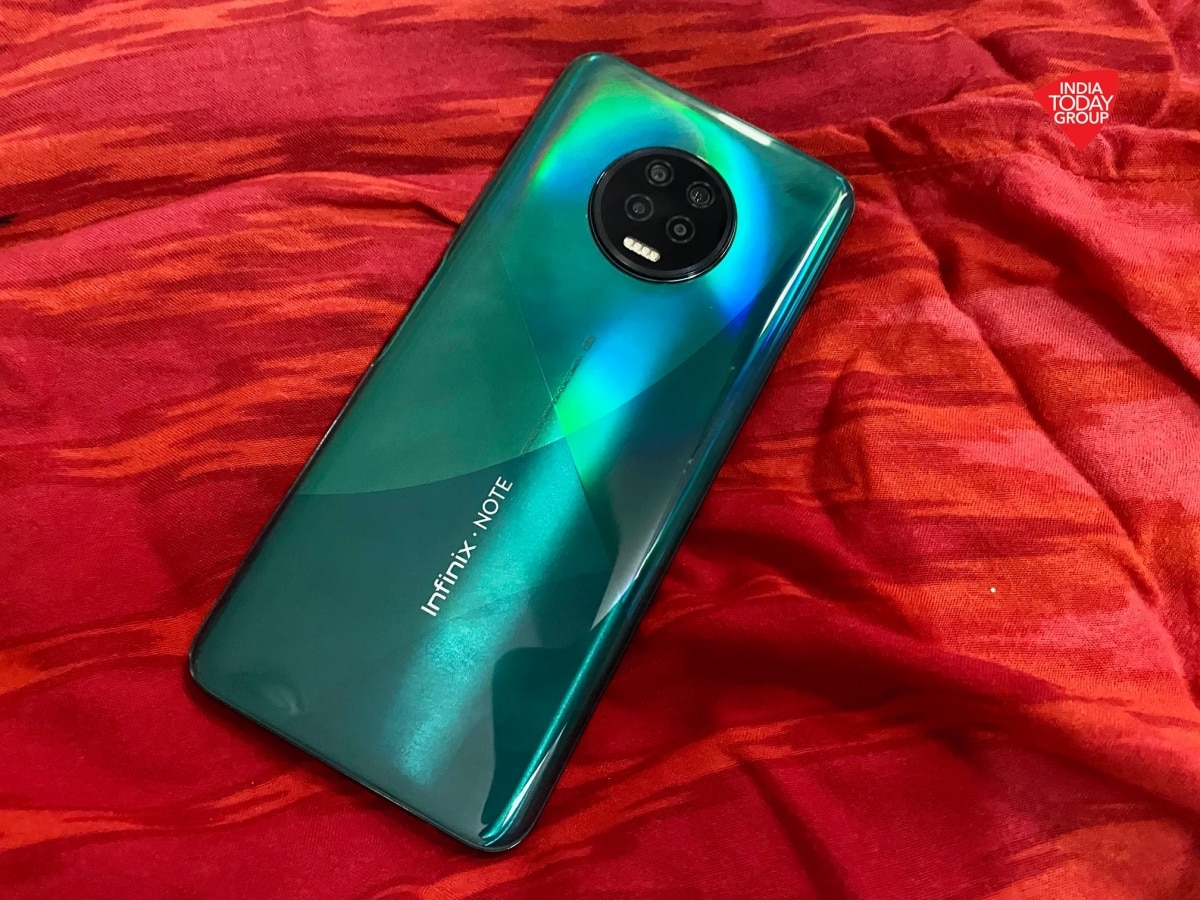 I have not been a fan of Infinix's color selection. For review, we have received the forest green color which is too flashy for me personally but there are better color options in black and white, so you can pick those for a more premium and decent look.

Note 7 has a decent build for its price. The plastic rear does not feel cheap at all. The buttons on the right side are well-placed and show fine quality. There is a side-mounted fingerprint scanner that also doubles up as the power button right below the volume rockers. Having said, it is slightly thicker and heavier than most phones at this price point.

I have always been a fan of the display panel used by Infinix in all its phones and Note 7 doesn't disappoint either. The 6.95-inch display with HD+ resolution here is good for its price. The viewing angles are great and even in daylight, the brightness is adequate for users to read something on the screen. I enjoyed watching movies and web series on Note 7. 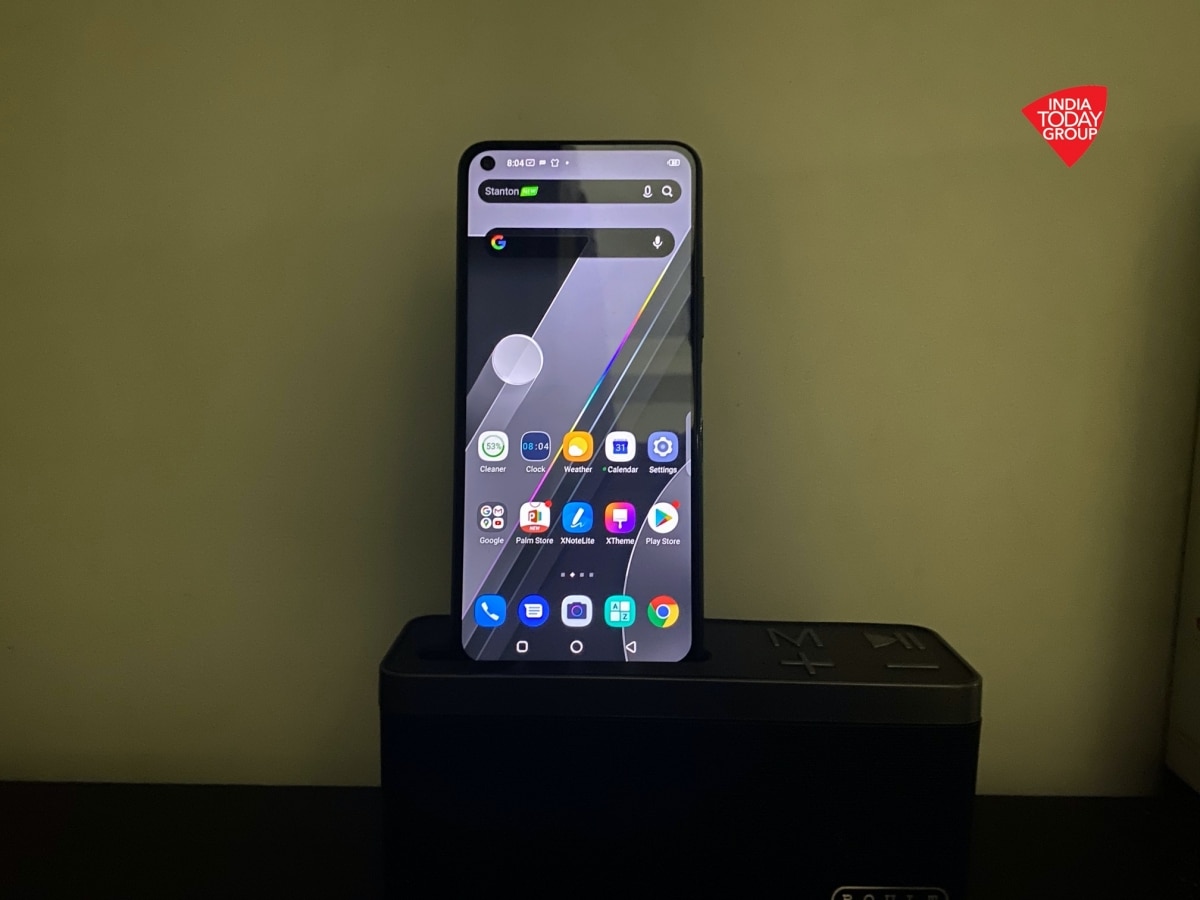 The Infinix Note 7 is powered by an Helio G70 processor that has been designed for gaming enthusiasts. I did try playing some games including the Asphalt 9 on the phone. The performance in the games is fine, and with long-gaming sessions, I found that the games ran smooth. However, it also heated up the phone. In less demanding games like Ludo King the phone ran cool.

Note 7 is a decent phone for day-to-day use. There are no visible lags while switching from one app to another, the processor is not the fastest but helps users juggling apps and that too quite seamlessly. However, the constant app notifications from the pre-installed bloatware are annoying. When you leave the phone unattended for a longer period, you will find your notifications panel blowing up with alerts. This is irritating if you are in the middle of a movie or if you are composing a mail.

This is exactly where the Motorola and Nokia phones stand out because of its stock-android regime.

The Infinix Note 7 houses a 5000mAh battery and its battery life is good. It can go on for two days on a single charge if you are a moderate user but if you have screen time of something like six to seven hours, it won't last more than one and half days. Given the large size of the phone, I expected a bigger battery here. It also does not come with a USB Type-C charger but a MicroUSB port. The charging process is excruciatingly slow and even the 18W charger does not help here but it is still better than the 10W charger. It's high time for Infinix to bring fast charging to its phones. The main camera captures decent pictures, especially in the daylight. They are crisp and the colours are bright. If you are a fan of natural colours, you may feel that Infinix Note 7 is brightening up pictures too much. I find it all right. The macro sensor struggles to pick up details in photos. 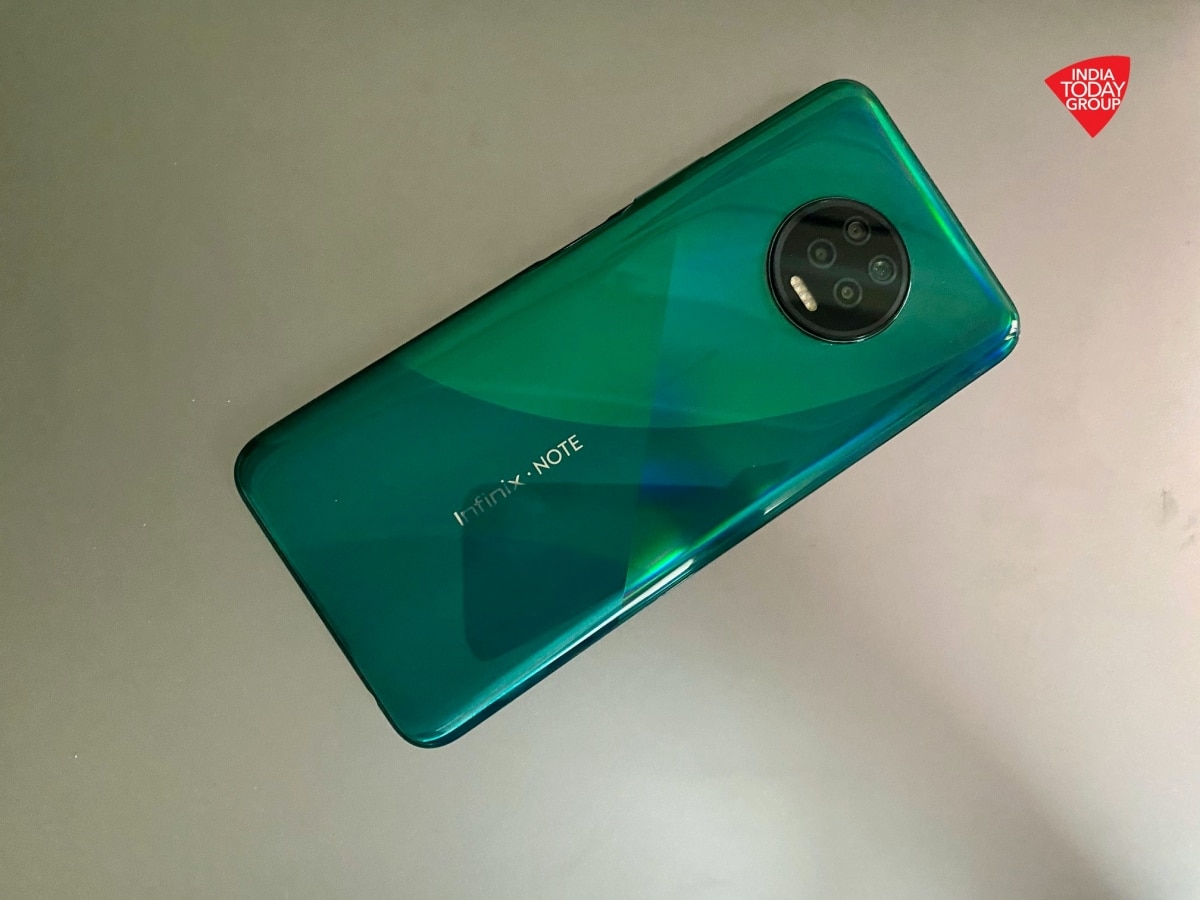 The low light images are a little grainy and blurry but you can always make use of the quad-LED flashlight. However, pictures taken in night mode were fairly decent but do not expect too many details. You cannot expect a special night mode like the one we saw in Moto E7 Plus which also has a 48-megapixel camera but Note 7 somehow gets the job done. Let me explain better using some of the pictures I had captured.

-- The picture of a soft toy atop a bookshelf was taken in a well-lit room. If you notice, the picture has come out right with a lot of details captured. The fur of the soft toy is captured well.

-- The picture of the small flower was captured in macro made. While the camera managed to blur the background, it somehow could not capture the details.

-- Next is the picture of a birthday cake. The picture was not taken in a well-lit room, the only source of light in the picture was the candles that were mounted on the top of the cake. The emphasis is on the cake and the camera successfully captures the effect created by lit candles.

The Infinix Note 7: Should you buy it?

At a price point of Rs 11,499, the Infinix Note 7 performs as good as any phone in this segment and even better than some. It uses a decent processor to drive the show and has a quad-core camera setup that captures crisp images. However, if you prefer compact phones, this is not the one for you considering it is a phablet. But if you spend most of your time watching Netflix on your device, then you should definitely consider this as the viewing experience would be too good.

Overall it is a decent phone, but apart from the large screen, there is not much to it. Phones like the Redmi Note 9 Pro, the Realme 7 and the Moto E7 Plus are better.