Nokia C20 Plus launch: Specs, features, India price, and everything that we know so far

The Nokia C20 Plus is expected to be the next device in the brand's launch pipeline. Keeping that in mind, we decided to detail everything we know about this smartphone.

Nokia is reportedly working on a couple of phones now. One of them, with the Android 11 Go edition, is called Nokia C20 Plus. This device has constantly been appearing in leaks and certification websites hinting towards an imminent launch. Courtesy of these leaks, we know quite a bit about this upcoming entry-level smartphone.

The Nokia C20 Plus will succeed over the Nokia C20 that was launched back last month. This upcoming version will see a few improvements over the vanilla C20. From what we have learnt, the device will get 3GB of RAM, an octa-core SoC, a bigger 6000mAh battery and dual rear cameras.

Nokia devices have been known for their build, and timely software updates and the same is expected from the Nokia C20 Plus. Now that you have an overview let's talk about this device in detail.

Nokia C20 Plus specs and features

This year, Nokia introduced its C series of entry-level devices to take on offerings from brands like Redmi, Samsung, Realme, and more. Currently, the lineup includes the Nokia C10 and Nokia C20, the brand is gearing up another. 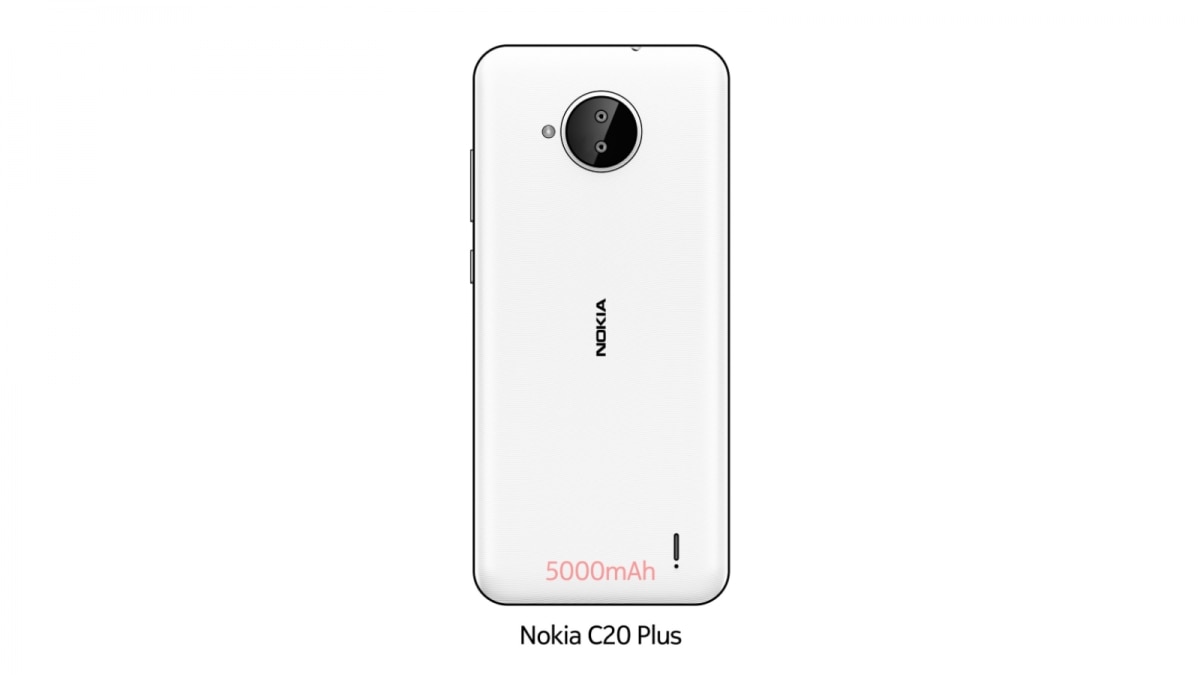 --The schematics of the upcoming Nokia C20 Plus were revealed in a leak. As per the leaked drawing, the smartphone will feature a similar-looking design to the Nokia C20. However, there's a slight change, the upcoming model features a dual-camera setup and a flash that's placed to the left of the camera module. Although the front panel isn't revealed in the picture, we're guessing the device will feature a water-drop notch, as seen on the Nokia C20.

--Another leak that appeared a few days ago says that a 5000mAh battery will power the Nokia C20 Plus. This is a substantial upgrade over the 3000mAH battery on the Nokia C20.

--In the camera department, the Nokia C20 Plus will sport dual rear cameras and a single camera on the front, specs of which are currently unknown. Considering this is a plus model, we expect it to get better lenses.

--This smartphone will be powered by Android 11(Go edition). For those unaware, Android Go is a toned-down version of Android specifically designed for entry-level devices.

--As far as Nokia C20 is concerned, the device sports a 6.52-inch IPS LCD display with a resolution of 720 x 1600 pixels. It is powered by octa-core Unisoc SC9863A based on a 28nm manufacturing process. This chipset is coupled with 1GB/2GB of RAM and 16GB/32G of onboard storage.

--The connectivity options on this device include 4G LTE, Bluetooth 4.2, GPS, Wi-Fi, micro-USB and a 3.5mm jack. It is powered by a 3000mAh battery and Android 11 Go edition.

The launch date of the Nokia C20 Plus is currently unknown, however, we're guessing that the device will launch somewhere in June alongside Nokia C30.

The Nokia C20 Plus will be priced affordably, considering it an entry-level device. While the pricing of the device is not known, we are expecting the device to be priced under Rs 8,000 in India.