5G phones, foldable devices, multiple cameras and in-display fingerprint readers are just some reasons we predict 2019 is going to be another exciting year in technology. 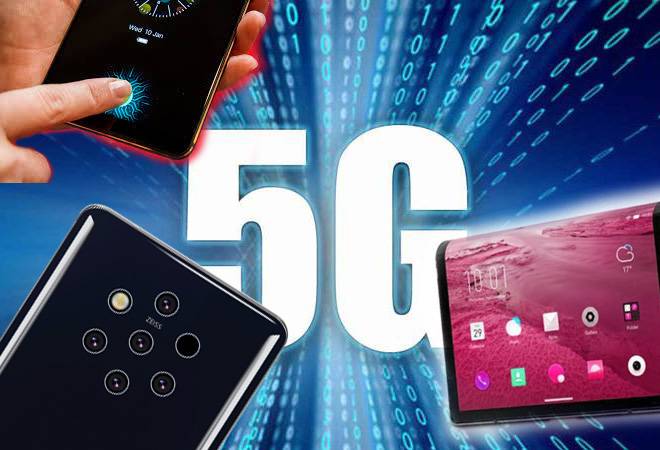 The year 2018 wasn't a good one for the smartphone industry. For the first time in years we witnessed a slowdown. IDC reported a 6% year-on-year decline in third-quarter shipments, down to 355.2 million units. Strategy Analytics put the total at 360 million units, down 8%. Even the likes of Apple felt the heat. People aren't switching phones as fast as they used to. There aren't too many new features that wow customers and the Chinese market, the erstwhile growth engine of the industry, has saturated.

However, companies aren't giving up, yet! Along with the usual increase in megapixel and DxOMark scores, 2019 will bring some radical new design changes and the small steps towards the 5G internet speeds. Let's take a look towards the smartphone trends that will dominate 2019:

5G: 5G has become a race and everyone wants a place at the starting block. The fifth generation cellular mobile communication Tsunami will probably start with Samsung or OnePlus phones sometime in the first half of 2019. 5G has the potential for more than just faster download speeds. According to Delloitte, 5G is expected drive several advancements, including digital transformation across industries, providing a platform for end-to-end IoT connectivity, enabling faster connections for consumers, and even providing a more cost-effective platform for carriers. However, none of that is expected to happen in 2019. Investing on a 5G enabled phones won't make much sense considering the fact that you won't be using any of its features for another 5-7 years.

Also Read: Here's how you can create your own WhatsApp stickers

Foldable phones: Two foldable phones were showed off in 2018 and results were a bit underwhelming. But 2019 could witness a slew of new designs and phones with the foldable form factor. Google has already partenered with Samsung to create a version of Android tailored to the new foldable reality.

Camera holes: No more notches in 2019. Yes, camera hole/pin hole/punch hole design it seems is where the future is heading towards before companies find a more elegant solution. Samsung Galaxy A8 and Honor Nova 4 gave a quite glimpse at what 2019 may offer.

Multiple Cameras: One was never enough so we had two. But, what about four or five cameras? The Nokia 9 PureView was one of the most-discussed phones of 2018 due to its rumoured penta-camera setup on the back panel. Race to add as many zoom, wide angle and AI cameras will continue in 2019. However, investing in a bit of software could go a long way in getting that perfect shot.