Xiaomi is set to release the Mi 10 Youth Edition in China and ahead of the launch, it has already released posters depicting the new colour variants. 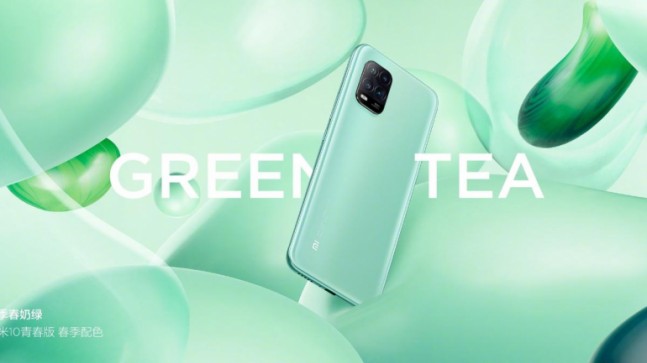 Xiaomi is coming up with a new "Lite" version of the Mi 10 in China soon and based on the leaks alone, it seems that the phone will be quite similar to Mi 10 Lite, which was released almost a month ago. While not much is known about the Chinese variant, Xiaomi has started tipping us with some of the aspects about the phone, the latest one being the colour variants. Yes, colours are an important aspect of a phone and Xiaomi seems to have left no stone unturned here.

Released on Weibo, the recent renders of the Mi 10 Youth Edition, as it is expected to be called, show the four new colour variants on the phone. Similar to most modern premium phones, the Youth Edition carries lighter gradient colours as well as one variant in blue for those who love extreme gradient shades. There's a Green Tea (looks stunning from the renders), Blue Berry, Pink Peach (essentially white) and Orange Storm. The colours are a drastic departure from the subtle shades on the flagship Mi 10.

The posters also give us a better idea about other aspects of the device. The phone has curved edges with glass panels and a USB-C port, although the 3.5mm headphone jack is not visible. The quad-camera array inspired from the flagships of today is also present, complete with hyped 50X zoom camera. The front of the device isn't shown yet but if it's anything like the European version of the Mi 10 Lite, then we could see a big display with a small waterdrop style notch.

The Mi 10 Youth Edition seems mostly similar to the Mi 10 Lite, apart from a few changes. The 50X zoom camera is a major upgrade from the European model, which does not have a zoom camera at all. Xiaomi is also expected to use the Snapdragon 765G chip on this model, which also supports 5G networks. The display is supposed to be a 6.5-inch AMOLED panel with an in-display fingerprint sensor built-in.

Xiaomi is launching the Mi 10 Youth Edition in China along with the MIUI 12 OS. Hence, this phone could be the first one to get the latest iteration of Xiaomi's MIUI interface. It remains to be seen how Xiaomi prices it in the Chinese market and whether this phone makes it to the Indian market as Xiaomi's premium offering in India.