Redmi K20 Pro was launched in China with flagship level specifications like an octa-core Snapdragon 855 SoC along with up to 8GB of RAM. The Redmi k20 Pro also has pop-up selfie camera and an in-display fingerprint sensor like OnePlus 7 Pro 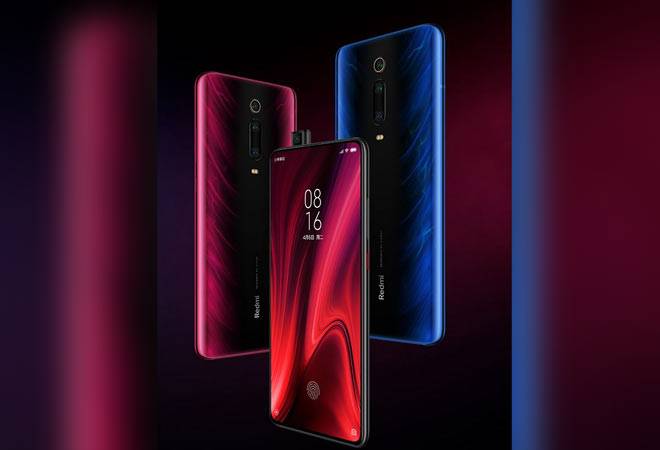 Xiaomi's Redmi brand is all set to enter the big league with its Redmi K20 series set for a launch in the country in the coming weeks. Redmi brand is on a roll in India after it launched Redmi Note 7, the Redmi Note 7 Pro, the Redmi 7, the Redmi Go, the Redmi Y3, among others in India recently. Now, Redmi, with is K20 series, that includes Redmi K20 and Redmi K20 Pro, is looking to take on the big guns like OnePlus in India. Ahead of the launch, Xiaomi has already taken a dig at OnePlus 7 Pro by tweeting, "Some celebrations are short-lived. Stay tuned."

The Redmi K20 Pro was launched alongside Redmi K20 in China last month and is calling it "The World's Fastest Phone". Specification wise, there is no reason to doubt the claim.  Redmi K20 Pro was launched in China with flagship level specifications like an octa-core Snapdragon 855 SoC along with up to 8GB of RAM. The Redmi k20 Pro also has pop-up selfie camera and an in-display fingerprint sensor a la OnePlus 7 Pro.

The launch date hasn't been made public by Xiaomi but Xiaomi India Managing Director Manu Kumar Jain did say in a tweet that the "Fastest phone in the world coming soon." Xiaomi has also claimed that the Redmi K20 Pro has a higher AnTuTu score when compared to OnePlus 7 Pro!

The Redmi K20 (China variant) comes with Snapdragon 730, on the other hand, Redmi K20 Pro comes with Snapdragon 855 SoC, paired with up to 8GB of RAM and 256GB storage. The Pro variant also features Full HD+ 6.39-inch Super AMOLED display that has a 91.6 per cent screen-to-body-ratio, and 19.5:9 aspect ratio. Redmi K20 Pro comes with Game Turbo 2.0 which is claimed to deliver a superior gaming experience. The phone has a huge 4000mAh battery, which supports 27W fast charging.

For optics, Redmi K20 Pro sports a triple camera setup comprising of 48MP Sony IMX 586 primary camera. The other two lenses included a 13MP wide-angle shooter and an 8MP sensor. The phone comes with a pop-up camera at the front that houses a 20MP camera.

Facebook gets big firms on board! Uber, PayPal, Visa, Mastercard to invest $10 million each in Bitcoin rival Libra