AB InBev, the world's largest brewer, whose Indian offerings include Budweiser and Corona, told it would not be appropriate to comment at this time, but said it takes anti-trust compliance "very seriously" 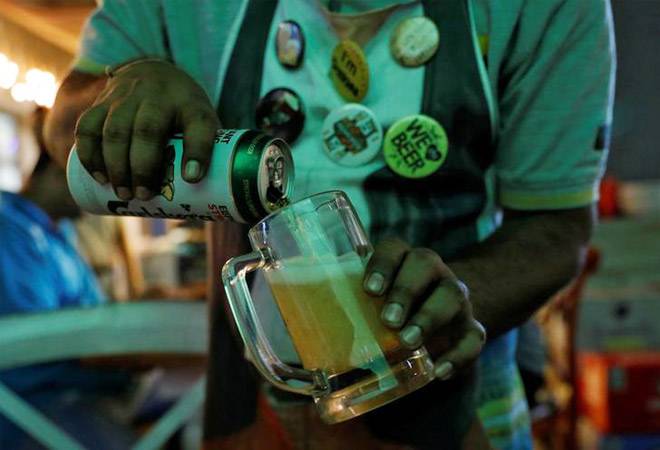 The Competition Commission of India (CCI) launched the investigation after AB InBev told the watchdog it had detected an industry cartel, leading in 2018 to dawn raids at the three brewers' offices to collect evidence.

The investigation has found that 15-20 executives from the three brewers were involved in discussions of beer prices before they were submitted to Indian state regulators, thereby violating antitrust laws, said the two sources, who declined to be named as the report is not public.

"The evidence seized by the CCI during searches last year was enough to nail the culprits," said one of the sources.

AB InBev, the world's largest brewer, whose Indian offerings include Budweiser and Corona, told Reuters it would not be appropriate to comment at this time, but said it takes anti-trust compliance "very seriously".

Carlsberg, which sells beer under its own-name brand and also owns Tuborg, declined to comment on Friday but has previously said it is "committed to complying" with all relevant laws.

United Breweries, which is part-owned by Heineken and known for its Kingfisher brand, said it is "given to understand" the investigation report has been submitted to the CCI, and will present its case during the commission's hearing.

The company added that it had made complete disclosures to CCI's investigation unit that it will use to "counter any legal presumptions and material impact against" it.

The chairman of the CCI, Ashok Kumar Gupta, and other members of the commission are expected to decide on a penalty over the next few months, or dispute the investigation findings which were submitted in August, the two sources said.

The report will not be made public and its findings have not previously been reported.

The three brewers, who according to IWSR Drinks Market Analysis account for about 85% of beer consumption in the $7 billion (Euro 5.5 billion) India market, together with face a potential fine of around $280 million, sources told Reuters last year.

Any company executives found to have fixed prices could also be fined, though AB InBev could escape its share of the fines as it first reported the issue.

In cases such as this the next step would typically be for the companies to argue over penalties, with the CCI deciding on the extent of the leniency to be shown, said Gautam Shahi, a New Delhi-based antitrust lawyer who is not involved in the case.

After an internal investigation in 2017, AB InBev reported its detection of industry collusion under the CCI's so-called "leniency programme" that provides whistleblower-type protection for cartel members.

The disclosures came after it discovered the Indian operations - which it acquired through its purchase of SABMiller Plc - had for years fixed beer prices with Carlsberg and United Breweries.

Carlsberg and United Breweries have also filed leniency applications in the case, Reuters has reported, though it is not clear how the CCI treated those submissions.

Separately, AB InBev is battling a city-wide ban in New Delhi for alleged evasion of state taxes, which the company denies.