When it comes to domestic defence production, annual sales turnover reported by both public and private sector companies totals Rs 80,502 crore in 2018/19, up about two per cent over the previous year. The target for 2019/20 is ambitious: Rs 90,000 crore 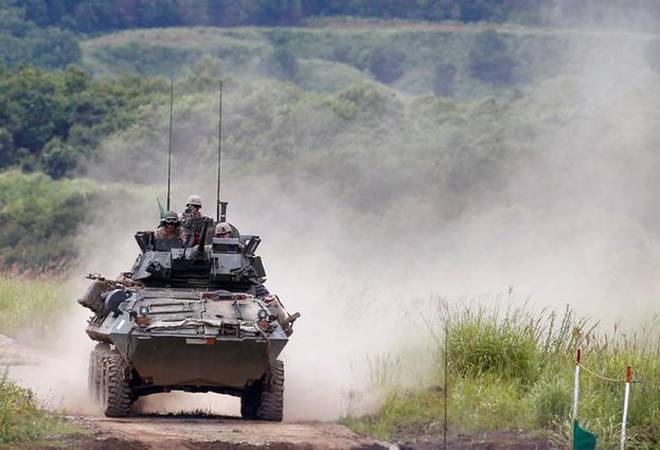 The Department of Defence Production, Ministry of Defence, launched a dashboard last week that sums up progress in a few areas - the overall defence manufacturing in India over the last three years, the quantum of defence exports, defence offset, as well as projects under Make-II, among others.

The dashboard shows up some interesting numbers.

When it comes to domestic defence production, annual sales turnover reported by both public and private sector companies totals Rs 80,502 crore in 2018/19, up about two per cent over the previous year. The target for 2019/20 is ambitious: Rs 90,000 crore.

The bulk of the defence production, however, is garnered by the defence Public Sector Units (DPSUs) and the Ordnance Factory Board (OFBs) - in 2018/19, nearly 73 per cent of the overall production value. The pie of private companies stood at 20 per cent while other PSUs/joint ventures garnered the remaining seven per cent share.

Nevertheless, this is not the complete story. The sales turnover of the private sector is rising faster than DPSUs and the overall production growth, albeit from a much smaller base. While overall production grew two per cent in 2019/19, private companies jumped 12 per cent and DPSUs only 3 per cent. Between 2016/17 and 2018/19, the compounded annual growth rate for the private sector is nearly seven per cent versus 3.50 per cent for DPSUs.

The Indian private sector has been complaining on the lack of large orders. Rahul Gangal, Global Partner at strategy consulting firm Roland Berger, recently told Business Today that the government needs to understand that the private sector runs business cases, which have to make economic sense. "That is becoming difficult because there are very few orders on the table today. There is a large pipeline but having a large pipeline or a potential pipeline doesn't benefit the private sector. What benefits are orders placed on them. Apart from a few areas such as an initial set of orders on artillery, the rest of the system is struggling," he said.

One big-ticket contract to the private sector that went through was bagged by Larsen & Toubro. In 2017, L&T and South Korean firm Hanwha Techwin signed a $720 million deal for executing an artillery gun programme for the Indian Army. The company would supply 100 K9 VAJRA-T guns. It is "lighthouse" programmes such as this that could define the growth of the industry.

In January 2018, the Defence Acquisition Council, chaired by the former Minister of Defence, Nirmala Sitharaman, announced measures to ease things up for the private sector. The Council cleared a simplified 'Make-II' procedure to enable greater participation of industry in acquisition of defence equipment. This process, the government said, would "greatly help import substitution and promote innovative solutions". This simplified 'Make-II' procedure amended the previous Make Procedure in Defence Procurement Procedure (DPP)-2016.