Ramdev said, "I don't want to invite trouble by replying to such political questions, because you have to pay the price for it. Still, I would say no one can raise doubts over Modi's leadership, intentions and his policies" 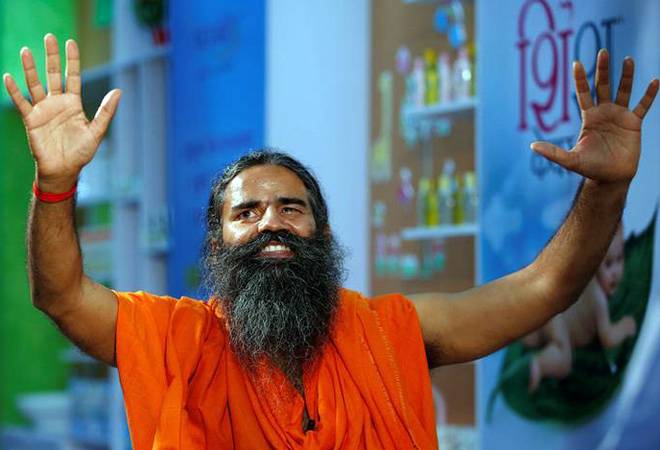 Yoga guru Ramdev on Wednesday, said that no one raises doubts about Prime Minister Narendra Modi's leadership and policies, the statement coming a day after the reverses suffered by the Bharatiya Janata Party (BJP) in the Madhya Pradesh, Chhattisgarh and Rajasthan Assembly elections.

"Modi was not someone who indulges in vote-bank politics," Ramdev said at the India Economic Conclave organised by Times Network here.

Replying to a question whether Modi had fulfilled his promises, Ramdev said, "I don't want to invite trouble by replying to such political questions, because you have to pay the price for it. Still, I would say no one can raise doubts over Modi's leadership, intentions and his policies. He has launched more than 100 huge nation-building projects, and he has never engaged in vote-bank politics."

Asked whether black money had been wiped out from the country under the National Democratic Alliance (NDA), Ramdev, who had been vocal about the issue in the past, said after demonetisation, "all money is equal now", but the million dollar question was how this money should be used. "I think the money should be used in productive things like agriculture, health and education."

India can become a manufacturing hub if special areas were earmarked for manufacturing industries and necessary facilities were provided at affordable rates. Several industries are facing crisis, and the banks should come forward to help them, he said.

"But the banks should, at the same time, be smart enough to identify and help only the genuine industries, not the Vijay Mallya types," he said, referring to the fugitive liquor baron.

The Patanjali group, promoted by him, aspires to leave behind major companies like Unilever by 2020 and become the worlds largest FMCG company by 2025, he said.

Asked whether the group has plans to get listed in the stock market, Ramdev said he would be able to share some "good news" related to this in a month.