The manifesto mentions NYAY scheme as one of its key components which entails the transfer of Rs 72,000 per year to the poorest 20 per cent house-holds in India. 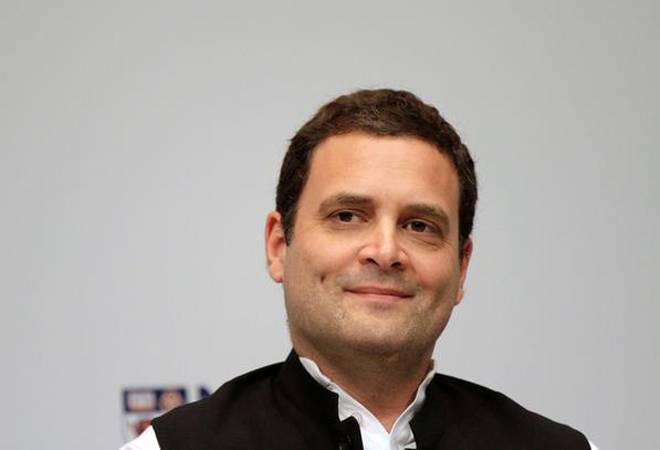 Indian National Congress on Tuesday released its manifesto eight days ahead of Lok Sabha polls 2019.  Congress President Rahul Gandhi, Sonia Gandhi and former PM Manmohan Singh were present at the launch of Congress manifesto in Delhi. Here's a look at the five key announcements in the manifesto of Congress for Lok Sabha elections 2019.

The manifesto mentions NYAY scheme as one of its key components which entails the transfer of Rs 72,000 per year to the poorest 20 per cent house-holds in India. It will be transferred to the woman in the household, as far as possible.

Commenting on how BJP has been saying that implementing NYAY scheme won't be possible, Rahul Gandhi said, "It might be impossible for BJP. They said the same thing about MNREGA but it helped people of the country. It is impossible for BJP but it is possible for Congress and we will do it."

The Congress manifesto promises to make job creation as No.1 priority, both in the public and private sector.

a. Filling all 4 lakh central government vacancies before March 2020.

b. Persuading the state governments to fill their 20 lakh vacancies.

It will also ensure an increase private sector jobs by

2. Requiring businesses with over 100 employees to implement an apprenticeship programme.

Party President Rahul Gandhi said jobs and farmer welfare were the key issues for Congress in this election.

The party will take several steps for the welfare of farmers. Congress will put farmers on the path from 'Karz Maafi', to 'Karz Mukti', the manifesto said. This will be done through remunerative prices, lower input costs, and assured access to institutional credit.

The party has promised a separate "Kisan Budget" every year. A permanent National Commission on Agricultural Development and Planning has also been promised.

Quality Education for All

School education from Class I to Class XII in public schools shall be compulsory and free, the manifesto said. The party will ensure that schools have adequate infrastructure and qualified teachers. To achieve this, the allocation for education will be doubled to 6 per cent of GDP by 2023-24.

Will the 'Chowkidar' campaign cost BJP the elections?