Wondering how relevant the report is for India? It means a lot. 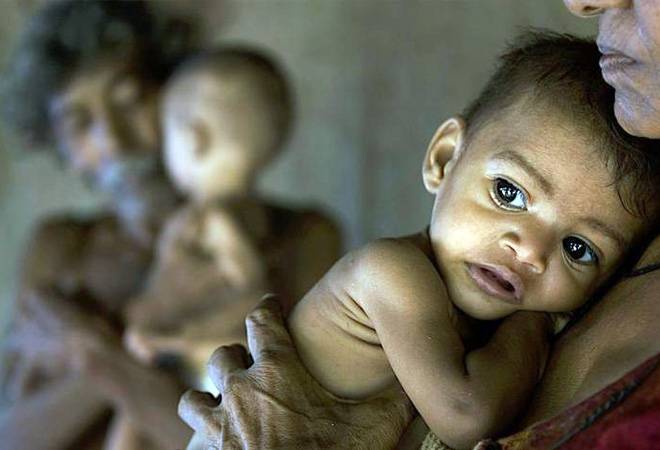 Ever thought under-nutrition and obesity can both be driven by the same faulty policies and systems? Can these two problems have a link with climate change? It could be possible, suggests a new analysis by medical journal Lancet.

The just published "Global Syndemic of Obesity, Undernutrition and Climate Change: The Lancet Commission report", calls the apparently polar opposites malnutrition and obesity and also a seemingly independent third factor--climate change--as "tri-demic" or "syndemic", which essentially means that they are problems that are triggered by common drivers and hence require common solutions.

The authors point out that climate change will increase under nutrition through increased food insecurity from extreme weather events, droughts, and shifts in agriculture. It also says that higher prices for basic food commodities, especially fruit and vegetables, will potentially result in increasing consumption of processed foods, a cause of obesity.

Wondering how relevant the report is for India? It means a lot.

About 38 per cent of the country's children who are less than five years old are stunted (too short for their age; an indicator of chronic undernutrition), 21 per cent wasted (too thin for their height; acute under nutrition), and 36 per cent underweight. With 65 million diabetes patients, 36 per cent of them attributing obesity as one of the primary reasons for the illness, Indians have an obesity problem too. Climate change also poses significant risk for India with a World Bank report predicting that climate change, leading to high heat and precipitation, is going to have a major dent on agriculture, production, and overall productivity and heat related morbidity in the country. Some 600 million Indians could be affected by 2050, it says.

The commission estimates that at current trajectories of economic development, population growth, and food provision, by 2050 overall demand for food and animal-based food will increase by 50 per cent and 70 per cent, respectively, with further destabilising effects of deforestation, species extinction, and climate change acceleration. "These predictions will affect the poorest countries most and within countries the poorest people disproportionally. Additionally, the prevailing business model of large international food and beverage companies that focuses on maximising short-term profits leads to overconsumption of nutrient-poor food and beverages in both high-income countries and increasingly also in low and middle income countries. The coexistence of obesity and stunting in children in some countries is an urgent warning signal". It argues for a radical change to a sustainable and health-promoting business model fit to face the future challenges.

Shifalika Goenka, one of the members of the Lancet Obesity Commission that prepared the report says that we are already late, in tackling the problem and action is needed at the national level as well as ground level. 'Radical changes in the country's laws pertaining to environment, roads and transport systems including public transport, support structures for active living and physical activity in daily living, green spaces, land use, urban design, agriculture, food and economic and commercial policies are needed," she points out.