Finance minister Arun Jaitley, while admitting that government has issues with the central bank on credit flow and liquidity, said the government has begun "discussions" with it to rectify the same 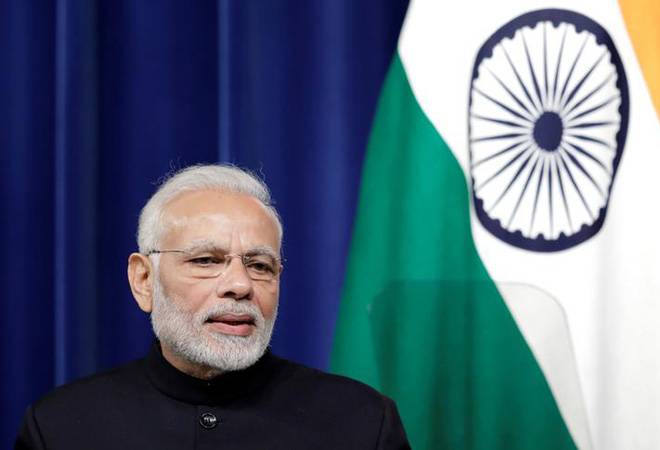 Under fire for the surprise resignation of governor Urjit Patel, senior Union ministers went on offensive on Thursday, decrying RBI policies as "unreasonable" and also justified the discussions under the never-before-used Section 7.

The counter was led by finance minister Arun Jaitley himself, who, while admitting that government has issues with the central bank on credit flow and liquidity, said the government has begun "discussions" with it to rectify the same.

"We are the sovereign, we are the most important stakeholders as far as the management of the economy is concerned," Jaitley told an economic summit organised by the Times group here this evening through a video link, adding it is because of these issues the "discussions" have been initiated with RBI.

Though Jaitley did not explicitly mention it, the discussions he was alluding to were under Section 7 of the RBI Act, through which the government of the day can force down certain policies for the central bank to implement, citing national interest.

Section 7 has for the first time been initiated by the Narendra Modi government in the 83-year-old history of the central bank.

Referring to the banks under the prompt corrective action (PCA) framework which prevents them routine lending activities and is another pain area for an election-bound government, coal minister Piyush Goyal, who manned had North Block when Jaitley was on medical leave, hit out at RBI for making "unreasonable" amendments to the framework.

"The PCA is akin to changing the ground rules halfway through a cricket match," Goyal said, underlining that the decision was taken by RBI without a go-ahead from its central board or government.

It can be noted that most of the 18 RBI board members are government nominees who are mostly businessmen who have business interests in the field of finance while some are vocal BJP ideologues.

It can be noted that governance at RBI is another matter of friction between the two, with the government wanting a greater role for the 18-member board rather than leaving policymaking to the RBI management alone-a historical practice at most central banks across the globe, including the RBI.

Goyal said the original PCA framework was concerned only with the capital adequacy as the key determinant on whether a bank goes into PCA, but RBI abruptly added other factors, including the "worst condition" of two years of profitability.

Speaking on the capital framework, Goyal told the audience it' "your money" lying with RBI and reminded of US government actions in bailing out banks after the 2008 global financial crisis to say that India also wants to improve the conditions of the banks through the excess capital.

Goyal, who also is the rail minister, termed the speculation about the government wanting to use the excess RBI capital (which is around Rs 9.6 trillion) for bridging the fiscal gap as a "canard".

After a marathon board meeting on November 19, the RBI board had decided to review the PCA framework in what was seen as ceding the ground.

On a majority of the aspects, the RBI was wanting to err on the side of caution and avoid creating any precedents, especially those which weakened its fight against NPAs.

It can be noted that the poll-bound government has already overshot its full-year fiscal deficit target by 4 percentage more than budgeted as of October as indirect tax collection has been below target on the one hand and failing on the non-tax revenue side by a wide margin-divestment proceeds has so far been only around Rs 15,000 crore year-to-date against a target of Rs 80,000 crore.

Patel's resignation has been criticised by the Opposition as the government bid at denigrating key national institutions.

Union roads and shipping minister Nitin Gadkari also hit out at the government critics, asserting government has not "destroyed" RBI but added there is a need for it to support the economic policies of the government, arguing RBI is part and parcel of government that runs the nation.

Jaitley quoted from a letter by Jawaharlal Nehru to the then RBI governor Rama Rau, saying the first prime minister wanted economic policies to be conducted by government and RBI policies must be in tandem with the government.

The issue led to Rau leaving the office in protest.

Jaitley said initiating discussions on an issue cannot be termed as a "destruction" of an institution.

Jaitley also listed out past instances, saying Congress prime ministers Jawaharlal Nehru and Indira Gandhi had asked RBI governors to resign, and so did BJP leader Yashwant Sinha with then-governor RN Malhotra, while P Chidambaram was not on talking terms with the then governor.

Jaitley went on to claim that he had good relationships with both Patel and Raghuram Rajan, who was not given a second term.

Replying to Rajan's concerns following Patel's resignation, Goyal said the US-based academic is looking for a "political career and should announce" it soon.

Goyal said ex-chief economic advisor Arvind Subramanian's use of the adjective "draconian" for note-ban should not be read as a criticism, claiming the adjective is used to drive home the point that demonetisation was a "strong measure".