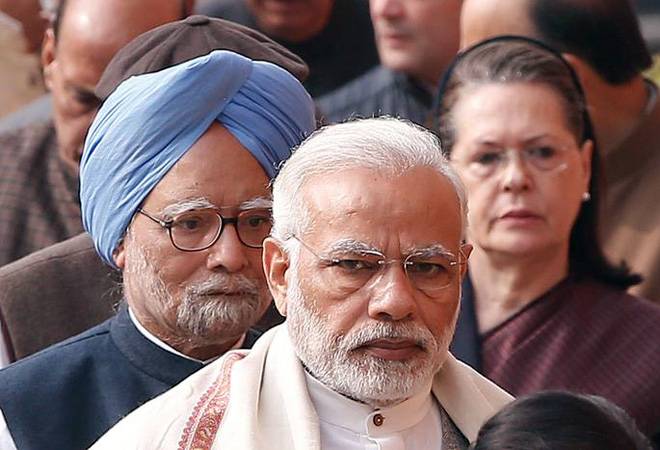 The new GDP back series data - which lowers the GDP growth rate under the UPA government, has already raised a lot of political dust with Congress and opposition leadership seeing as an effort to discredit the previous government's 'good' work ahead of parliamentary elections next year.

Curiously, a committee set up by the National Statistical Commission this year has come out with another set of back series data, which was 'accidentally' released in July this year had shown much higher GDP growth numbers under UPA government. For example, as per the committee's data, the GDP grew at 10.8% in 2010-11 against the previously known 10.3%. The data released by the committee had shown 30-50 basis point increase in GDP growth figures compared to previouslly known figures.

However, the new set of numbers released by the CSO has completely reversed the trend. What is the reason for this?

Business Today spoke to Sudipto Mundle, who headed the committee on Real Sector Statistics. The committee among other things had come out with the back series data, which, it seems, the government has disowned for some reasons.

Mundle says the new back series data was being worked on by another sub-committee working under committee on real sector statistics. However, they did not submit their report to them following which they committee submitted its final report with it.

He says the committee that worked on the data released yesterday has used a different appraoch. "Methodologically, they are quite different. We had done an econometric exercise based on data that was available by linking base year of the old series with that of the new series. And in way, that was smooth and the difference was distributed smoothly. It was an econometric approach. Their approach is quite different," he says.

According to him, they have used some data which only they had access to.

"Taking the (new) data as it is on face value, the services sector output is lower than their own old series and the share of the secondary sector was higher then the tertiary sector. What that implies is that in the subsequent year the growth rate of the secondary sector - manufacturing sector --has come down which is a cause of concern. The difference in investment rate now is sharper between its peak and the present. So that is another issue," he explains.

However, Mundle says that the new data needs further study to understand exactly why the two old series data differ so much.