IBC has delivered exceptional value for Binani Cement, Essar Steel & Bhushan Steel; in the choice between the airline and Naresh Goyal, lenders must prejudice themselves in favour of the airline 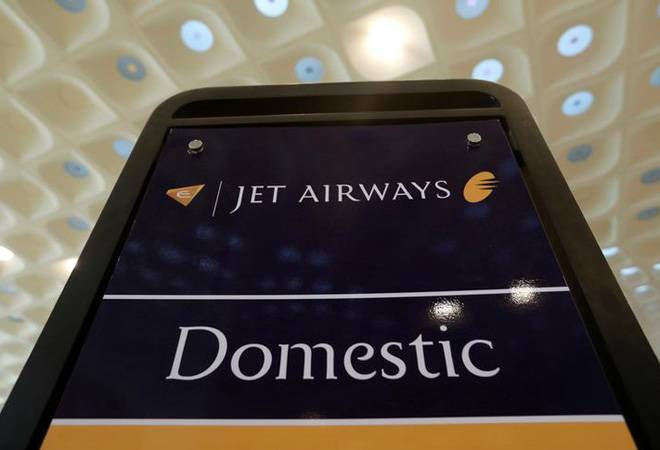 SBI is leading the negotiations on behalf of creditors to arrive at a deal with Goyal and save Jet Airways from going to bankruptcy.

Facts are stubborn; statistics are pliable. Mark Twain may as well have said this about Jet Airways and its current plight.

In Jet Airways and its sharply declining fortunes, facts speak for themselves: founder and chairman Naresh Goyal remains the biggest stumbling block in arriving at a deal to save the airline; unable to pay for fuel, lease, landing and parking charges, the airline's health is deteriorating sharply with nearly half its fleet of 119 grounded; Jet could end up as another Kingfisher Airline if this trend continues; it will be yet another headache for India's financial and aviation regulators who will have to not just have to plug the potential Rs 8000 crore of NPA but also a gaping hole of the 119-aircraft airline disappearing from the Indian skies.

Statistics, though, remain pliable. Undisclosed debt is being converted into equity in favour of lenders (@Re 1); Goyal is-stubbornly-demanding upwards of 22 pc equity despite the sharp fall in its market cap (from Rs 9,889 crore on Jan 5, 2018 to Rs 2476.2 crore today); Goyal's 24 pc partner Etihad first agreed to a deal to pump Rs 2,000 crore into the airline and retain its stake but it wanted Goyal out; Etihad now wants to exit Jet in favour of SBI; lenders may now sign on to convert a part of their Rs 8,000 crore debt into equity to take a 50.1 pc stake in the ailing airline.

Lenders' 50.1 pc stake will be barely worth Rs 1263 crore at current price and though the lenders haven't disclosed the value of debt being converted into equity, the question is wouldn't they be better off taking Jet Airways to insolvency instead? The Insolvency & Bankruptcy Code (IBC) not just allows them to throw out the stubborn promoter but would also realise the real market value of the airline when bidders bid for it.

State Bank of India, to whom Jet owes more than Rs 2000 crore of the 8,052 crore of its debt, is leading the negotiations on behalf of creditors to arrive at a deal with Goyal and save Jet Airways from going to bankruptcy. Jet Airways is the earliest case under pre-insolvency 'Sashakt' scheme launched by Piyush Goyal in his first term as the interim finance minister. Sashakt provided for restructuring discussions between lenders and borrowers for stressed assets with loans over Rs 500 crore before the company could be proposed for insolvency. This may be a grave error.

Even if lenders take a majority stake, they have no expertise in running an airline. The airline may do better under a new promoter rather than makeshift management.

The insolvency process removes the current promoter and invites bids to sell the company. Recent examples of ongoing resolution prove that companies with real assets, running business and a strong brand are magnets for exceptionally high bids. Binani Cement which owed Rs 6,500 crore to its lenders got the highest bid of Rs 7,950 crore; Essar Steel's total liabilities were around Rs 47,000 crore but its highest bid was more than Rs 54,000 crore; Bhushan Steel lenders who were owed Rs 56,000 crore also got Rs 35,200 crore in upfront payment from new buyer Tata Steel and another 12.2 pc equity in the company.

Who knows? Under insolvency, sans Naresh Goyal, Jet Airways may fetch a far greater value than its Rs 2476 crore marketcap would indicate. Especially if two bidders get into a bidding war as happened in the case of Bhushan, Binani as well as Essar Steel. Jet , after all, is not just a running airline with a preferred brand, but it also has 119 of India's 638 aircraft (16 of them owned) Its Jet Privilege loyalty programme is worth multiples of million dollars and by virtue of its 25 years of presence, it has preferred parking slots and rights to fly international.

The question then is whether founder chairman Naresh Goyal is an asset or a liability for the airline! For now, it seems the latter as he appears to be blocking every deal that diminishes or eliminates his role in the airline. SBI and creditors need to segregate the interest of the promoter from the interest of the airline. If they have to choose between the two, it is in lenders' interest to prejudice themselves in favour of the airline, rather than the promoter. Though currently they appear to be working to aide both.

And if the route to better valuation is via IBC, so be it.