2.0 is performing better than Hollywood movies that released with it and has collected $52.5 million in just four days of release 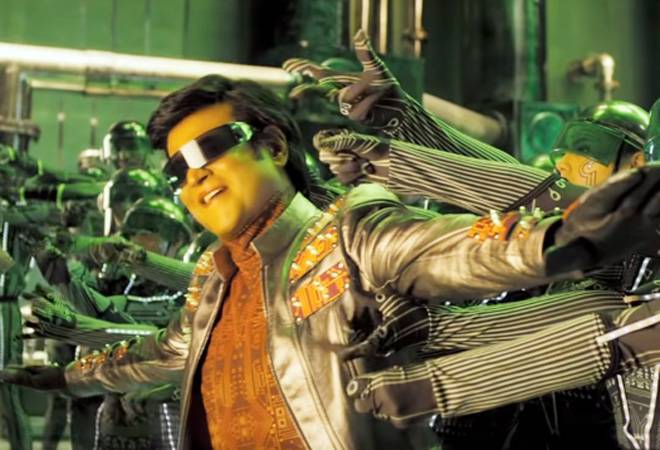 Rajinikanth-Akshay Kumar-starrer 2.0 has crossed Rs 400 crore worldwide. The movie is earning more than Hollywood movies like Fantastic Beasts: The Crimes of Grindelwald and Ralph Breaks the Internet.

History in the making! 400 CRORES WORLDWIDE! Not just a blockbuster, it's a MEGA BLOCKBUSTER! 🎉🎊#2Point0MegaBlockbuster#2Point0@rajinikanth@akshaykumar@shankarshanmugh@iamAmyJackson@arrahmanpic.twitter.com/er1yxuo95N

According to trade experts' estimates 2.0 has crossed the Rs 200 crore mark in the Indian box office. The movie has also become the highest-grossing Tamil film ever. The film had collected Rs 64 crore on Thursday, Rs 45 crore on Friday and Rs 56 crore on Saturday. Baahubali 2: The Conclusion currently holds the title for the highest opening weekend collection in India. SS Rajamouli's movie had grossed Rs 385 crore in its opening weekend.

2.0 has collected Rs 33.69 crore in Telangana and Andhra Pradesh. It has also crossed $3 million in the US. The movie had surpassed Telugu film Rangasthalam and now is in fourth position among the 2018's highest-grossing South Indian releases at the US box office.  2.0 is behind both the Baahubali films and Kabali.

Within just two days of its release, 2.0 became the quickest film to sell 3 million tickets on BookMyShow. The Hindi version of the movie contributed 30 per cent of the total bookings. The massive following of the actors, the direction and storyline has helped the film to achieve the milestone.

S Shankar's directorial is the sequel to 2010's Enthiran (Robot). Rajinikanth plays the roles of Dr Vaseegaran and Chitti in this movie. In 2.0, Chitti is brought back to life by Dr Vaseegaran to fight Pakshirajan, played by Akshay Kumar. 2.0 also stars Sudhanshu Panday, Adil Hussain and Amy Jackson.