By its 19th day, 2.0 had reportedly managed collections worth Rs 518 crore in India, to surpass Prabhas-starrer Baahubali: The Beginning which made Rs 516 crore in the country. 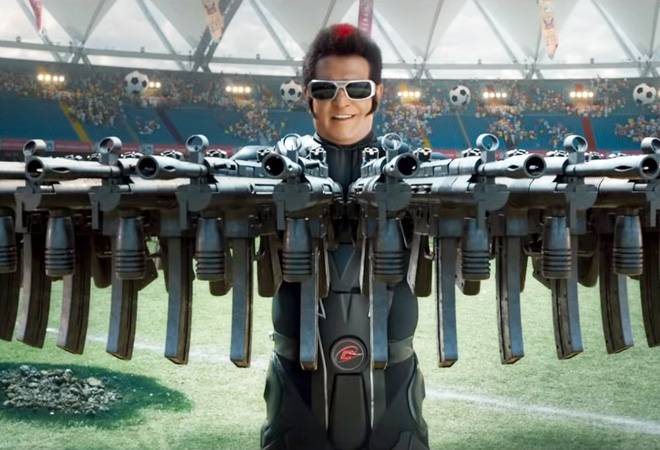 Rajinikanth's science-fiction magum opus 2.0 has become the second all-time highest earner in terms of gross box office collection in the country. 2.0, the costliest film ever made in India, has pipped SS Rajamouli's Baahubali: The Beginning, and is now behind its sequel, Baahulbali: The Conclusion.

By its 19th day, 2.0 had reportedly managed collections worth Rs 518 crore in India, to surpass Prabhas-starrer Baahubali: The Beginning which made Rs 516 crore in the country. It now has Baahubali 2: The Conclusion ahead of it, which boasts a massive gross box office collection of Rs 1,430 crore in India.

The Top 3 Grossers in #India - All originate from South..

Directed by Shankar, 2.0 faced continuous challenges from other releases during its three weeks at the box office. It competed with Ayushmann Khurrana's Badhaai Ho in its first week, Sara Ali Kahn's debut feature Kedarnath in its second week, and DCEU's Aquaman starring Jason Mamoa in its third. The Rajinikanth-starrer managed to break quite a few records despite the competition.

With still shows left to its name, 2.0 will now go against Shahrukh Khan's much-awaited Zero, Dhanush's Maari 2 and Yash's K.G.F: Chapter 1 during the upcoming week. This may slow the box office collection of 2.0 during the next week.

While 2.0 has also done well in overseas markets, it is yet to be launched in China which has emerged as a huge market for Indian films. The Chinese release of 2.0 is expected to happen soon with Beijing-based production and distribution company HY Media entering into a partnership with Lyca Productions. The film's Mandarin dubbed and subbed versions scheduled to play on 56,000 screens in Chinese theatres. Out of these, 47,000 screens will play 2.0 in 3D.