Tanhaji - The Unsung Warrior has stood third in the worldwide rankings in 2019-20 after War and Kabir Singh. 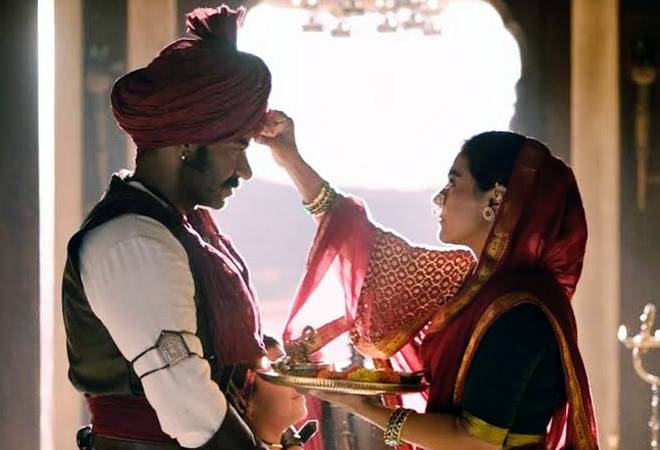 Ajay Devgn, Kajol and Saif Ali Khan starrer Tanhaji: The Unsung Warrior has emerged as a juggernaut at the box office. The Om Raut directorial film has broken several records, since it hit the screens on January 10, 2020. The period drama film is based on the life of Tanaji Malusare, who was the Maratha emperor Chhatrapati Shivaji Maharaj's military leader. The film showcases how Tanaji fought Udaybhan Singh Rathore, Mughal emperor Aurangzeb's soldier from capturing their fortress. In the film, Ajay Devgn has essayed the role of Tanhaji.

2. Tanahaji rules in worldwide box office market: Tanhaji - The Unsung Warrior has stood third in the worldwide rankings in 2019-20 after War and Kabir Singh. According to Bollywood Hungama, Tanhaji has collected around Rs 343 crore gross in India. Hrithik Roshan-starrer War has been the highest earning Hindi film worldwide in last one year followed by Shahid Kapoor's Kabir Singh. Film War raked in a total of Rs 442 crore, Kabir Singh earned Rs 372 crore (approx).

4. Ajay Devgn's highest grosser of his career: Not just film's producers but actors are also basking in the success of Tanhaji. The film has become Ajay Devgn's career's highest grosser. The 50-year-old actor started his career with Phool Aur Kaante  in 1991 . Since then, Devgn has been part of many blockbusters -- Golmaal series, Singham and many others, but Tanhaji is his only movie that has achieved Rs 250 crore benchmark.

5. Most successful period drama: Lastly, Tanhaji has also emerged as the second highest earner in period drama category in last five years after Deepika Padukone and Ranveer Singh's Padmaavat. Since 2015, Bollywood has made seven period drama films, including Tanhaji. Among them, Padmaavat has bagged the top spot, with net box office collections of Rs 302. 15, followed by Tanhaji (Rs 259.52 crore) and Bajirao Mastani (184.2 crore).