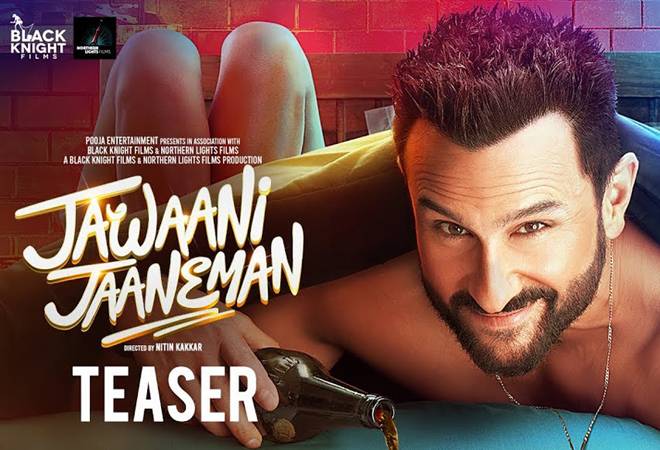 Saif Ali Khan, Tabu and Alaya Furniturewala-starrer film Jawaani Jaaneeman has released today. The Nitin Kakkad directed film is reported to open at a range of Rs 6-8 crore at the box office. The film is expected to make a decent opening.

The budget of the film is reportedly Rs 40 crore. The film has been made on a budget of Rs 30 crore whereas Rs 10 crore has been spent on promotions. The film will be released on approximately 1200 screens nationally and on 350 screens overseas. The film's trailer has received positive response.

Saif Ali Khan's look in the film is also being admired by the audience. Jawaani Jaaneeman is a comedy drama film based on a playboy's life. The movie features actors like Saif Ali Khan, Tabu and Alaya Furniturewala in pivotal roles. Bankrolled by Pooja Entertainment, this is also Alaya's debut film.

However, the box office collection of the Saif Ali Khan starrrer comedy drama is also expected to be affected by the box office success of the Ajay Devgn film Tanhaji: The Unsung Warrior. Tanhaji has minted Rs 117 crore in Mumbai circuit alone. The Devgn starrer Tanhaji is a superhit and is close to matching the lifetime box office figures of the Vicky Kaushal starrer Uri: The Surgical Strike.