The trailer of Thackeray was out on December 26, 2018, following which Nawazuddin Siddiqui has been praised for his portrayal of Thackeray 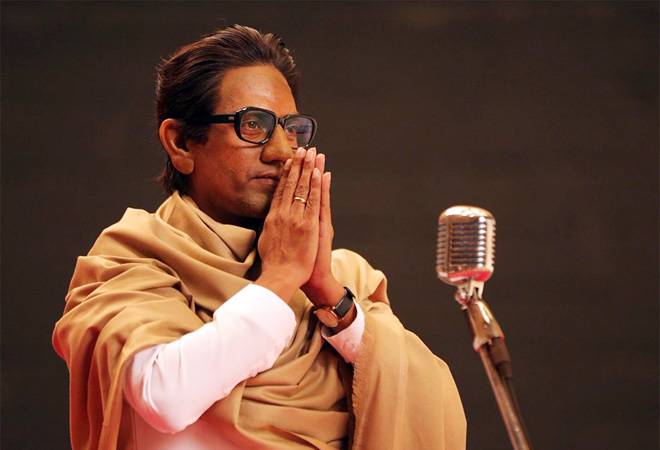 Nawazuddin Siddiqui's Thackeray, based on the life of Bal Keshav Thackeray, founder of the Shiv Sena party, has been released today. Moviegoers have heaped praises on Siddiqui's performance. Filmmaker Shoojit Sircar called the film bold and powerful, while Rohit Shetty praised the actor for his performance. Here's all you need to know about the film:

News: The movie has already created a huge buzz among Shiv Sena workers and also Bollywood, especially in Maharashtra.  In fact, Shiv Sena workers created a ruckus today inside the premises of a movie hall in Navi Mumbai as it did not display the movie poster of Thackeray, reported ANI.

#Maharashtra: Shiv Sena workers created ruckus inside the premises of a movie hall in Navi Mumbai yesterday as it did not display 'Thackeray' movie poster. The movie on Shiv Sena's Bal Thackeray has released today. pic.twitter.com/YwXv3GECUZ

Trailer: The trailer of Thackeray was out on December 26, 2018, following which Nawazuddin Siddiqui has been praised for his portrayal of Thackeray. Sanjay Raut, a Shiv Sena leader has written the story of Thackeray and the movie is produced by Viacom18 motion pictures, Shrikant Bhasi, Varsha Sanjay Raut, Purvashi Sanjay Raut and Vidhita Sanjay Raut. The trailer has received over 24 million views in just four weeks.

Songs: The four-song soundtrack of Thackeray is composed by Rohan-Rohan and Sandeep Shirodhkar.  Aaya Re Thackeray has become the most popular track of the movie sung by Nakash Aziz that had touched 7 million views in a week. Other songs include Saheb Tu Sarkar hai, sung by Sukhwinder Singh, and  Aaaple Saheb Thackrey, a Hindi-Marathi song sung by Avadhoot Gupte. Aaaple Saheb Thackrey crossed 1 million views after the album launched on January 12.

Box Office Prediction: While Thackeray has released on the same day as Kangana Ranaut-starrer Manikarnika-The Queen of Jhansi, trade analysts have predicted good business on its first day. According to analysts, the film is likely to earn between Rs 5-8 crore.