The movie, starring Anupam Kher and Akshaye Khanna in the lead roles, managed to earn Rs 4.50 crore on its first day and nearly Rs 6 crore on the second day 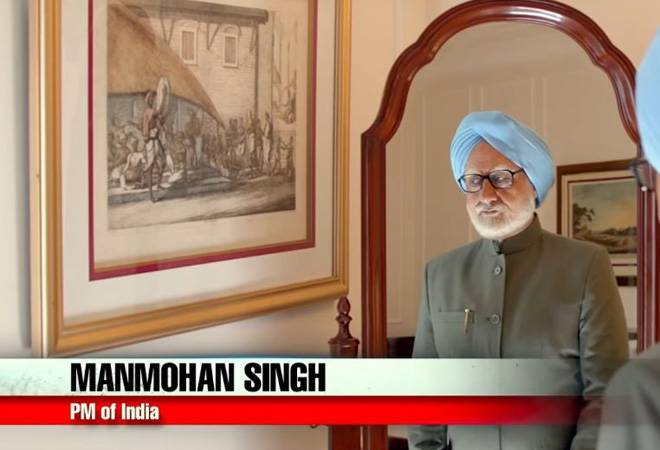 Debutant Vijay Ratnakar Gutte's The Accidental Prime Minister, which is based on Sanjaya Baru's book of the same name, is witnessing a growth in its box office collection. The movie, starring Anupam Kher and Akshaye Khanna in the lead roles, managed to earn Rs 4.50 crore on its first day and nearly Rs 6 crore on the second day.

However, Vicky Kaushal's Uri The Surgical Strike has overtaken Anupam Kher's film. Vicky Kaushal's movie earned over Rs 8 crore and Rs 12 crore on its first day and second day respectively. Both movies were released on 11th January 2019 and are based on the real events.

Vijay Ratnakar Gutte's movie has also received backlash for allegedly showing Congress in a  bad light, ahead of the Lok Sabha elections of 2019. The Accidental Prime Minister claims that Congress's previous president Sonia Gandhi was interfering in Singh's responsibilities as the prime minister and managed the functioning of the Prime Minister's Office.

Anupam Kher has dismissed allegations of supporting any political party in the movie. "We have made this film with a lot of sincerity and we don't have any political agenda behind the release of the film," he told IANS in an interview. Kher told that this is the best performance in his career as an actor.

Apart from Akshaye Khanna and Anupam Kher, the biographical film features Arjun Mathur, Suzanne Bernert, and Aahana Kumra in the role of Rahul Gandhi, Sonia Gandhi, and Priyanka Gandhi respectively. The film is produced under the banner of Pen India Limited and Rudra Production.