Uri: The Surgical Strike will be the first Rs 100 crore movie for Vicky Kaushal as a leading actor 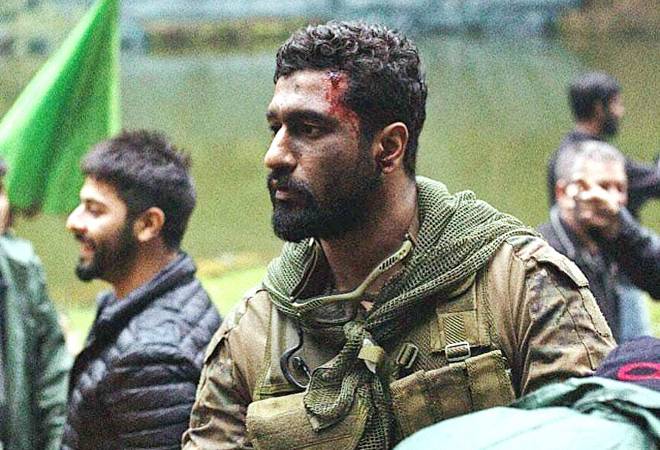 Vicky Kaushal's Uri: The Surgical Strike has been performing stupendously well at the box-office. The film, which has managed to gross over Rs 91 crore in nine days, is likely to become part of Bollywood's Rs 100 crore-club today. The war-drama film managed to earn Rs 50 crore in five days, surpass the Rs 75 crore mark in eight days.

Uri: The Surgical Strike will be the first Rs 100 crore movie for Vicky Kaushal as a leading actor. He has also appeared in Ranbir Kapoor's Sanju and Alia Bhatt's Raazi, which were also able to mint over Rs 100 crore and became a part of the coveted club.

According to trade experts' prediction Vicky Kaushal's Uri: The Surgical Strike would have grossed more than Rs 10 crore on Sunday, taking its overall collection to over Rs 100 crore. Trade analyst, Taran Adarsh in one of his tweet has mentioned that the film is the first choice among moviegoers and is giving tough competition to the collections of Ranveer Singh's Simmba, Emraan Hashmi's Why Cheat India, Anupam Kher's The Accidental Prime Minister, which are currently running in theatres along with Vicky Kaushal's Uri.

#UriTheSurgicalStrike is the best trending film, as far as medium-budget films go... Even better than #TWMReturns, which is the highest grossing film in this category... Data follows... #Uri#HowsTheJosh

Vicky Kaushal's movie has also been able to collect more than the combined cost of its advertisements and production. Uri was made on a budget of approximately Rs 42 crore and has managed to earn two-times of its budget.

Debutant director Aditya Dhar, who has also written Uri, was applauded for his work. Uri: The Surgical Strike is inspired by the real events of the Indian Army's surgical strikes at LOC.