Viswasam Box Office: Ajith's movie is performing well in Karnataka as well. However, the Karnataka collections are far behind than what Viswasam made in Tamil Nadu. 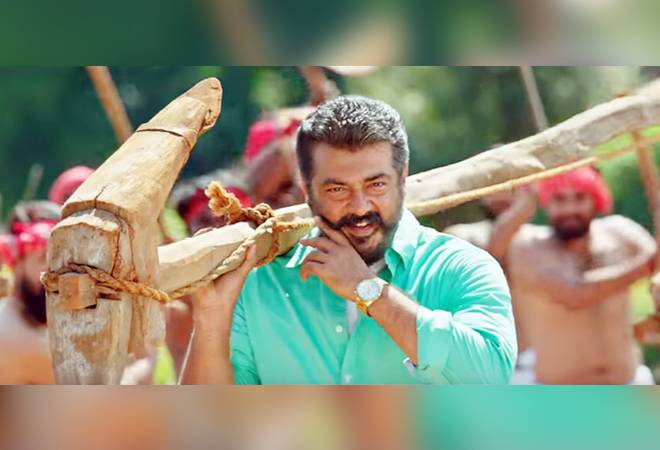 Viswasam Box Office: Ajith's movie is on a roll

Ajith's Viswasam and Rajinikanth's Petta are clashing at the box office and still making the big bucks, thanks to the Pongal holidays. In some circles, Petta is ahead, while in others Viswasam has taken a lead. Such a face-off was bound to happen as Ajith and Rajinikanth are two of the biggest stars in the country.

In Tamil Nadu, Viswasam has set the box office on fire with its collections. It has outran Petta and made Rs 125 crore in the state alone. Viswasam also has the higher screen count as the makers had decided on the release date months in advance, successfully securing most of the single-screen theatres. If Viswasam has made Rs 125 crore so far, is Rs 200 crore far away? Not really.

The collection was reported by KJR Studios that distributed Viswasam.

However, when it comes to international box office, Viswasam is moving slower than Petta. In the US, Viswasam had made Rs 4 lakh by January 16.

Directed by Siva, Viswasam is the fourth collaboration between the actor and the director. Their last movie together was Vivegam in 2017. Viswasam, Ajith's latest offering since Vivegam witnessed a grand opening on Day 1. Considering that Ajith's fans were waiting for more than a year for a new release, such a spectacular box office performance by Viswasam was expected.