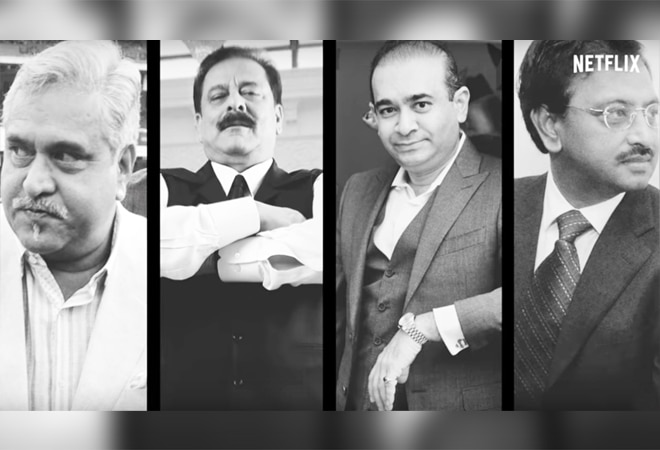 Netflix is set to release its latest Indian docuseries on September 2. The trailer for the docuseries called 'Bad Boy Billionaires: India' has been released by Netflix. As evinced from the title, the show delves into the transgressions of some of India's biggest defaulters -- Vijay Mallya, Nirav Modi, Subrata Roy and Byrraju Ramalinga Raju.

"What would you do to make it to the top? To build an empire? To maintain an image? Bad Boy Billionaires answers just that. Dive into the stories of India's most infamous billionaires - Vijay Mallya, Nirav Modi, Subrata Roy, and Byrraju Ramalinga Raju as they plan, plot and maneuver through their rises and falls. Watch as insiders and experts discuss what made these men genius and, in some cases, the greatest conmen," reads the description by Netflix.

True to the preamble, the trailer is an assemblage of testimonies by experts, reporters and people who know them on how things took a downturn. "There was no one else who appeared to be living the dream the way Vijay Mallya was," says Raghu Karnad in the trailer.

"Subrata Roy's genius was that he understood the value of scale," an expert can be heard in the video, followed by what seems to be a reportage adding, "Sahara actually means 'saviour'".

Roy is followed by a part on Nirav Modi where the diamantaire is seen saying, "We wanted to create India's first luxury brand." This is followed by footage of Ramalinga Raju with Bill Gates.

These footages are followed by reports of the downfall -- Mallya borrowing more and more money for Kingfisher from state banks, Modi bribing banking officials to take a series of loans, Raju cooking the books, Roy employing millions of agents to raise capital from the poorest.

The four billionaires pushed their luck till it all came crashing down. "It was like riding a tiger and not knowing how to get off without being eaten," said an expert.

The show will start streaming from September 2.