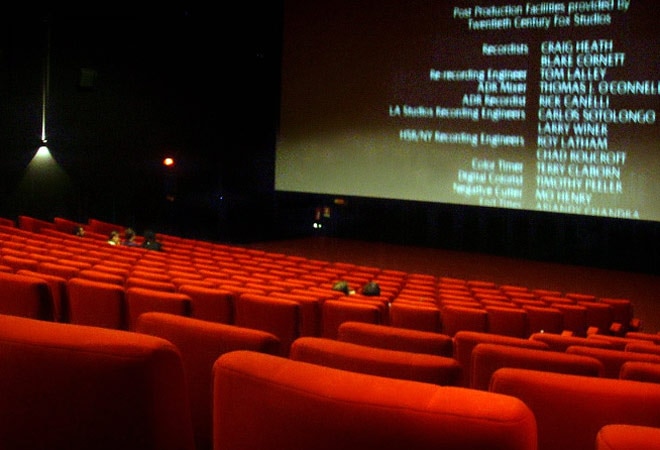 Cinema halls will reopen on Thursday after a gap of seven months. Even when they reopen today, movie halls will see utilisation of only 50 per cent capacity. Usual SOPs will have to be maintained such as masks at all time, proper ventilation and setting AC temperature at above 23 degrees Celsius. Moreover patrons will be seated at a distance of one seat. But even as cinema halls reopen there are no new releases for the audience to enjoy. So, some old hit films will be re-released. Some of the hit films to make a return to the big screens are Ajay Devgn's Tanhaji: The Unsung Warrior, Ayushmann Khurrana's Shubh Mangal Zyada Saavdhan, Taapsee Pannu's Thappad and Sushant Singh Rajput's Chhichhore. Oscar-winner Parasite, and Bloodshot will also return to some screens. Joker, Malang, Section 375, Dream Girl, John Wick have been picked up by PVR, while INOX is betting on Chhichhore, Dream Girl, Lion King, Ford v Ferrari, Malang, and Mission Mangal. Cinema halls, however, will not reopen in every state. Movie theatres and multiplexes in Maharashtra, Tamil Nadu, Kerala, and Chhattisgarh will remain shut. Theatres will reopen in Delhi, parts of Madhya Pradesh and Gujarat but with strict rules in place.

PVR Cinemas that has 845 screens in 176 properties across 71 cities said that 10 states four union territories have given their nod to reopen cinema halls. PVR will start operations across 487 screens from today. PVR will also host goodwill screenings for the company's employees, health workers, police force and their children. INOX Leisure Ltd said they will completely rely on e-tickets instead of paper tickets and an all-in-one SMS with links for the QR code, auditoriums seat chart and access to food and beverage menu. CEO Alok Tandon said in a statement that they would also offer private screenings so that families or small group of guests can book an entire auditorium and enjoy the content of their choice.

As cinema halls reopen, food and beverages will sterilise the fare. All food would be sterilised under UV rays in a machine for eight minutes before they are handed over to the customers. Popcorn buckets would be completely covered with lids.

The Karnataka government said that 50 per cent seating capacity will be allowed. Thermal screening, social distancing, seats marked 'not to be occupied', proper sanitisation have made it to the guidelines. There will be no screening of films in containment zones. Activities in cinema halls, theatres and multiplexes would be governed according to the prevalent guidelines of Home Department, Health & Family Welfare department, Department of information and public relations and other related departments and District administrations.

9:30 am: Hope they adhere to norms: Kejriwal

"I hope that the cinema halls will strictly adhere to the guidelines and SOPs of the Central as well as the state government. It is extremely necessary to follow the social distancing and sanitisation protocols in the cinema halls," said CM Kejriwal.

The Punjab government has decided not to open cinema halls and multiplexes in the city. Entertainment parks also will not be open, Raveen Thukral, Media Advisor to Punjab Chief Minister said. However, Ramlilas to be allowed with strict rules that will be announced after a COVID-19 review meeting by the CM.

9:00 am: Cinema halls in Ghaziabad all set to reopen today

Only 50 per cent seating will be allowed. Seats have been marked 'not to be occupied' to ensure distancing.

Ghaziabad: Cinema halls and multiplexes set to re-open from today with 50% capacity; seats marked 'not to be occupied' for ensuring physical distancing while seating. pic.twitter.com/1WOYzH46Mc