Bollywood film Khaali Peeli, Hollywood film My Spy, Forces of Nature and The Rental, and Tamil film Ka Pae Ranasingam will become the first films to have a theatrical release with the reopening of cinema halls 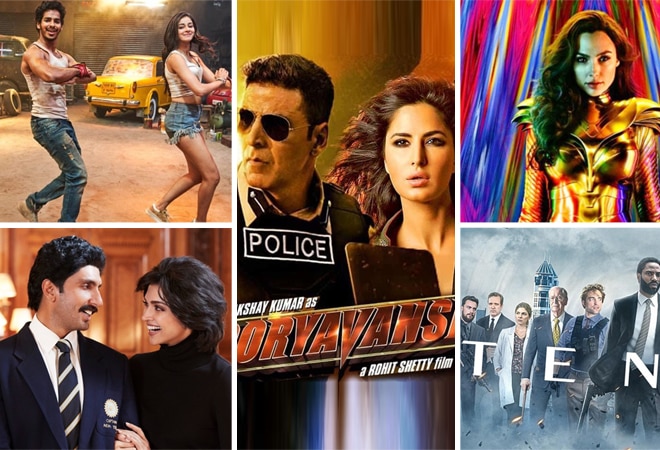 Carnival Cinemas is planning to run older hits like Baahubali, PK and Sairat till new offerings are available

Cinema halls are all set to reopen on October 15 after almost six months. Filmmakers who have been banking on a theatrical release can now heave a sigh of relief. The government has allowed cinema halls and multiplexes to resume operation with 50 per cent capacity from October 15.

Bollywood film Khaali Peeli, Hollywood film My Spy, Forces of Nature and The Rental, and Tamil film Ka Pae Ranasingam will become the first films to have a theatrical release with the reopening of cinema halls/multiplexes post the coronavirus lockdown. Prime Minister Narendra Modi's biopic will also see a rerun in the theatres.

Here's what's coming to the theatres in a short while:

Ishaan Khatter and Ananya Pandey starrer film Khaali Peeli, which was premiered on Zee Plex and ZEE5 on October 2, will release again theatrically on October 16.

The biopic of Prime Minister Narendra Modi, which saw theatrical release last year on May 24, will again re-release on October 15, 2020.

Akshay Kumar and Katrina Kaif starrer film Sooryavanshi is another film in the queue that will make its theatrical release in October or November. Originally, the film was scheduled for release on 24 March 2020, the film was postponed due to the COVID-19 pandemic.

The much-hyped film 83, based on the victory of India in the 1983 cricket World Cup is scheduled to be released on Christmas. The film stars Ranveer Singh as Kapil DEv and Deepika Padukone as Kapil Dev's wife. The film is directed by Kabir Khan.

Varun Dhawan and Sara Ali Khan's recreation of iconic duo Govinda-Karisma Kapoor in Coolie No.1  will release in theatres during Christmas.

Hollywood film that will release on the big screen after almost six months includes Tenet. With stars like Robert Pattinson and John David Washington, the film has been dominating the global box office. Tenet also stars Dimple Kapadia and has been filmed in Mumbai too.

The sequel of superhero film Wonder Woman, directed by Patty Jenkins might see a theatrical entry during Christmas. With Winer woman 1984, Gal Gadot will be back as Diana Prince and Chris Pine will again be seen as Steve Trevor.

Touted as Daniel Craig's last James Bond movie, No Time To Die has been directed by Cary Joji Fukunaga. One of the most-anticipated Bond films, No Time To Die is scheduled for a November release.

Apart from the aforementioned films, regional cinemas like, Bengali films---Dracula Sir and SOS Kolkata are lined up for Durga Puja.