Amazon Prime Video to release nine films, including Varun Dhawan's 'Coolie No. 1', on the OTT platform starting October 15 and every festival till Christmas in over 200 countries 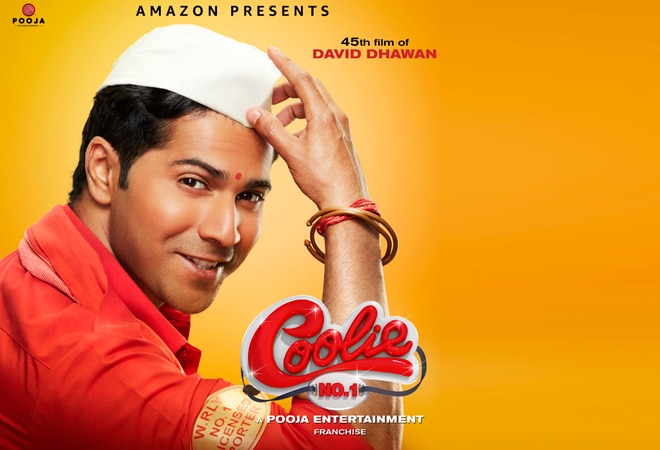 Varun Dhawan's 'Coolie No. 1' will be released on Christmas

After releasing 10 films over the last six months directly on its video streaming platform, Amazon Prime Video on Friday announced the premier of nine big movies across five languages, including Varun Dhawan's 'Coolie No. 1', during this festive season. The nine films, including six South Indian movies in Tamil, Telugu and Kannada, will be released on the OTT platform starting October 15 and every festival till Christmas in over 200 countries and territories. Prime Video subscribers won't have to pay an additional fee to watch these movies online.

The development came after the success of the previously released global premieres, which include "Gulabo Sitabo" starring Bollywood legend Amitabh Bachchan and Ayushmann Khurrana, and "Shakuntala Devi" starring Vidya Balan as lead.

Here is a list of movies that will release on Amazon Prime Video:

Halal Love Story on October 15: Directed by Zakariya Mohammed, the Malayalam comedy film will be released on October 15. The film features Indrajith Sukumaran, Parvathy, Joju George and Soubin Shahir in the lead roles alongside Sharaf U Dheen and Grace Antony. The film is bankrolled by Aashiq Abu under the banner OPM Cinemas, Jesna Ashim and Harshad Ali under Papaya Films.

Bheema Sena Nala Maharaja on October 29: Indian Kannada language film Bheemasena Nalamaharaja, directed by Karthik Saragur, will be released on October 29. It features Aravinnd Iyer and Arohi Narayan in the lead roles along with Priyanka, Aadya, and Achyut Kumar.

Durgavati on December 11: Directed by G. Ashok, the Hindi-language film is a remake of his own 2018 Telugu film Bhaagamathie. The film stars Bhumi Pednekar as an IAS officer, and is produced by Bhushan Kumar, Akshay Kumar and Vikram Malhotra under T-Series, Cape of Good Films and Abundantia Entertainment.

Coolie No. 1 on December 25: The comedy film, directed by David Dhawan and produced by Vashu Bhagnan, is a remake of the 1995 film of the same name starring Govinda. The film star cast includes Varun Dhawan and Sara Ali Khan, with Paresh Rawal in a supporting role.