Master film release: The enthusiasm of Thalapathy fans in Tamil Nadu can be reflected in the extraordinary response to advance booking 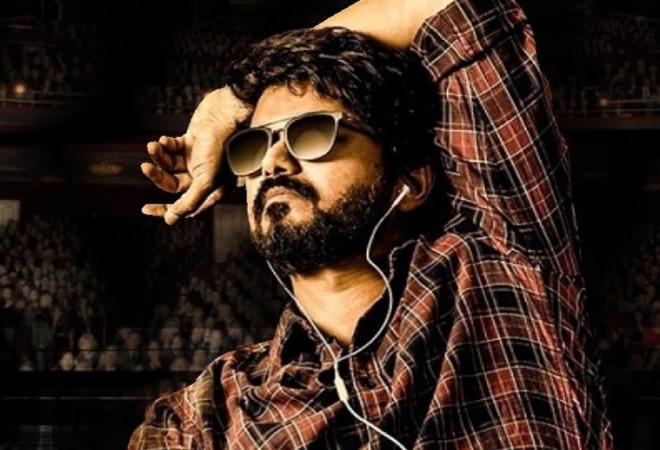 Thalapathy Vijay-Vijay Sethupathi starrer Master's Tamil version has made it to the theatres today ahead of Pongal festival. The Hindi version of Master, which has been titled Vijay The Master, will hit the theatres on January 14. Apart from Thalapathy Vijay and Vijay Sethupathi, this film features actors like Andrea Jeremiah, Malavika Mohanan, Arjun Das and Shanthanu Bhagyaraj in pivotal roles.

The enthusiasm of Thalapathy fans in Tamil Nadu can be reflected in the extraordinary response to advance booking. Film critic Sumit Kadel tweeted, "Master Film advance booking across Tamil Nadu is earth shattering.. Even with 50 per cent occupancy Thalapathy Vijay-starrer Master is looking to break and create some box office records."

Fans and critics have given this film thumbs up with special mention for Vijay Sethupathi's class at playing a villain. Film critic and trade analyst Taran Adarsh tweeted, "It's a tsunami at the BO... Master Film has a fantabulous start... only goes to prove yet again: Give the audience what they want to watch and they will never disappoint you... Charm of watching a well-made entertainer on the big screen will never diminish."

It's a #Tsunami at the #BO... #MasterFilm has a FANTABULOUS START... Only goes to prove *yet again*: Give the audience what THEY want to watch and they will never disappoint you... Charm of watching a wellmade entertainer on big screen will never diminish. #Master#MasterPongalpic.twitter.com/2dwgyROAmn

A #ThalapathyVijay film with quite a few differences, baddie #MakkalSelvan#VijaySethupathi rocks with his acting skills 🤜🤛 #Nammavar@Dir_Lokesh stamps his mark in the mass genre too

Overall #Master is a bonanza treat for both the Vijay’s fans. It should do extremely well at the Tamil Nadu Box Office. Happy Pongal 👍👍#MasterReview#MasterFilm

#Master & @actorvijay , the beginning for All starting from technicians till exhibitors in 2021 and wishing @VijaySethuOffl@Dir_Lokesh@anirudhofficial@silvastunt@imKBRshanthnu@Lalit_SevenScr@XBFilmCreators@Jagadishbliss & entire team, a Great Blockbuster 👍🏼👍🏼👍🏼 pic.twitter.com/XQsHVGpIu7

#MasterFilm has a FANTABULOUS START...🔥 Charm of watching a wellmade entertainer 🙌🏼 @Dir_Lokesh#Thalapathy#VijaySethupathi#Master#MasterPongalpic.twitter.com/7IYRVrGkgp

#Master#MasterFDFS#MasterFilm An overlong but a terrific masala entertainer with Vijay and Vijay Sethupathi in top form. However, the best part about this film is the writing that makes the mass moments work superbly. Must watch! pic.twitter.com/6uFqqL0ITz

Despite glowing reviews from fans and critics, the box office collection of the Hombale Film- bankrolled film will be affected due to the coronavirus-related safety measures in movie theatres across the country. Ramesh Bala told India Today, "Now that the 100 per cent occupancy has been brought down to 50 per cent, there will be a dent in the collection. But Master's collection should not be compared to that of Bigil's or Vijay's previous films as the circumstances are different. In the US, even big films like Tenet and Wonder Woman 1984 failed to work well at the box office. Even with 50 per cent occupancy, Master will have a great opening."

Priyanka Chopra takes a walk down memory lane; shares pics from when she was 'mean, lean, all of 17'

L&T bags construction projects worth up to Rs 2,500 cr