Two days before he had tested positive for COVID-19, the 65-year old actor had met the Telangana Chief Minister, K Chandrasekhar Rao along with Akkineni Nagarjuna 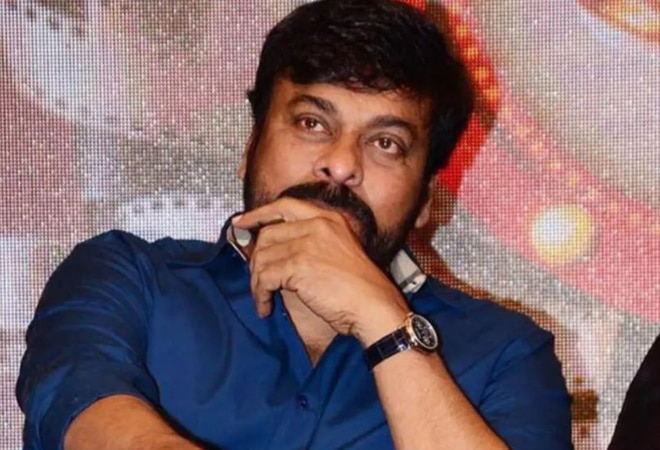 Veteran actor and politician Chiranjeevi has tested positive for COVID-19

Veteran actor and politician Chiranjeevi, known for his films like Sye Raa Narasimha Reddy, has tested positive for novel coronavirus. Taking to Twitter to inform his fans about the diagnosis, he wrote, "Took a test for COVID before resuming 'Acharya' shoot as a protocol and unfortunately tested positive."

He added that he is asymptomatic and in home quarantine as of now. The Telugu superstar also requested all those who came in his contact in the last five days to get themselves tested and that he will keep sharing updates on his health with his followers.

Two days before he had tested positive for COVID-19, the 65-year old actor had met the Telangana Chief Minister, K Chandrasekhar Rao along with Akkineni Nagarjuna. All three were seen without masks.

Chiranjeevi's younger brother, actor and a judge of comedy shows, Nagendra Babu, had also tested positive recently but had recovered. He had also donated blood plasma recently, according to an IANS report.

Chiranjeevi had founded the Praja Rajyam party and served as a central minister in the UPA-2 government under the leadership of Dr Manmohan Singh. He ranks amongst the most respected actors in Telugu cinema, on the lines of Akkineni Nagarjuna, Venkatesh and Kamal Haasan.

His career spans over 40 years with over 150 films to his credit. He has featured in films like Swayam Krushi, Indra and Rudraveena. He will be seen next in the Koratala Siva directorial, Acharya, which will be his 152nd movie.

Bihar Election Result 2020: How and where to watch live streaming