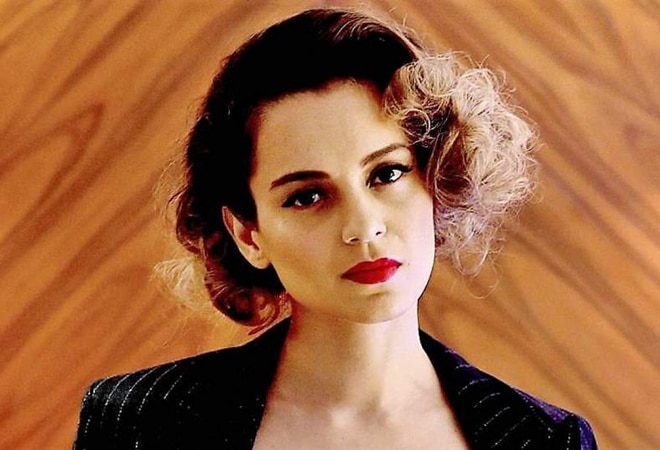 Microblogging site Twitter has shown Bollywood actor Kangana Ranaut the rule book and axed some of her tweets. Twitter said that these tweets violated the platform's rules on hate speech.

Two of her tweets have been taken down in the last two hours. The message on these tweets reads, "This tweet is no longer available because it violated the Twitter Rules. Learn more." Removal of Ranaut's tweets follows her rebuttal to pop star Rihanna and climate activist Greta Thunberg.

One of Kangana Ranaut's deleted tweets
Click here to Enlarge Kangana's reactions to tweets by Rihanna and Thunberg also reignited the Twitter confrontation between her and singer-actor Diljit Dosanjh. Ranaut called Dosanjh a 'khalistani' and referred to agitating farmers as terrorists. These remarks irked some users who sought a ban on Kangana's account.

The Simran actor had also faced a brief suspension on Twitter in the past after she allegedly called for beheading of producers of a TV show that, according to her, was offensive towards Hindu sentiments.

Farmers have been protesting at Delhi's border areas against the three contentious farm laws passed by the Centre in September 2020. Several rounds of talks have taken place between Union ministers and farmer leaders, but to no avail.

The protests took a violent turn on Republic Day when the farmers deviated from the designated routes and broke barricades to enter Delhi, resulting in clashes between agitators and police personnel. Some of these agitators reached the Red Fort and hoisted religious flags on its ramparts.