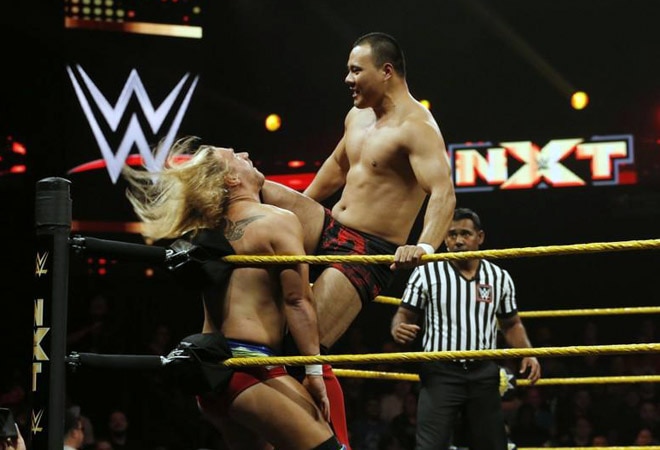 World Wrestling Entertainment (WWE) is set to launch a new programme early next year which is tailor-made for the Indian market. The new programme would come under the NXT brand of WWE and would be called 'NXT India'. The filming of the programme will begin in January 2021 at the WWE Performance Center in Orlando, Florida. Current travel restriction is why WWE is taping the show in Florida. WWE is also planning to launch its own Performance Center in India in 2022.

According to a report from Brandon Thurston of Wrestlenomics and John Pollock of POST Wrestling, the wrestling organisation is planning an eight-man-single-elimination tournament as part of the NXT India series. The winner of the tournament would be crowned the first NXT India Champion.

WWE has a distribution deal in India with Sony Pictures Networks India Private Limited (SPN) and hence NXT India is expected to be broadcast on Sony Ten network channels. In March this year, the WWE-SPN deal was renewed for a five-year period. As per the conditions of the deal, SPN has rights to the WWE Network for its audience via its OTT platform SonyLIV.

NXT India would be WWE's second venture under the NXT brand with the first being NXT UK which is for WWE's UK audience. WWE is also expected to introduce the NXT brand in other Asian countries with the aim of consolidating the South Asian and South-East Asian markets where rival company AEW has a strong presence.

Paul Michael Levesque, Executive Vice President of Global Talent Strategy & Development, had told Network18 Sports in an interview: "India is a huge market for WWE. We love India and the passion the fans have for the sport is something else. We love hosting events there and interacting with the fans. We have one of the largest fan followings for the brand from India so it is an important market for us. We've got some amazing talent from India in the form of Rinku (Singh), Saurav (Gurjar), Kavita (Devi), and the new recruits from the Tryouts last year. We look forward to having more people from India join WWE and want to give our fans there more reasons to engage with the brand."