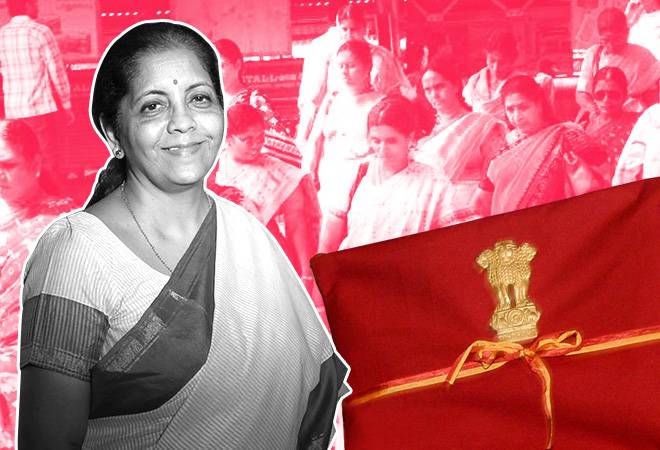 Citing increased women participation during Lok Sabha election 2019, the Finance Minister said, "India's women's role and leadership is distinct. Record turnout of women voters has been witnessed, at par with men. 78 women MPs in the house. This re-enforces of going beyond women-centric policies to building women-led initiatives, women entrepreneurship."

Sitharaman said that India's growth story, especially in rural economy, was incomplete without greater participation from women. "We can make progress with greater women participation".

Quoting Swami Vivekananda the Finance Minister added, "Swami Vivekananda had said that there is no chance for the welfare of the world unless the condition of woman is improved. it is not possible for a bird to fly on one wing."

"Government proposes to expand Women self-help group (SHG) interest subvention programme to all districts in the country," she said. Under the SHG plan, the Finance Minister further announced that one woman in each SHG will be entitled to loan up to Rs 1 lakh under the Modi government's Mudra Scheme.

"Government proposes to expand SAG to every corner of the nation. For every SAG member, an overdraft of 5000 will be allowed. Loan up to 1 lakh to be given under Mudra scheme," she communicated.

Further referring to the contribution of women in the success and growth of the country, the Finance Minister said that the "country's tradition has been 'naari tu narayani'. She also said that the government's approach has gone beyond women-centric initiatives to women-led initiatives.

"India can make greater progress with greater women participation. Grameen Arth Yojana- role of women. The government aims to enhance the role of women. Propose to form a broad-based committee to evaluate and suggest actions for moving forward in case of contribution of women," she said.