Budget 2020: Finance Minister Nirmala Sitharaman has announced "a new and simplified personal tax regime' with revised income tax slabs and tax rates. Those earning Rs 5-7.5 lakh will now pay just 10 per cent, while those earning up to Rs 5 lakh in a year will pay no tax. Income tax rates will be significantly reduced for those who forego deductions and exemptions, Sitharaman said.

While the government has announced changes in the tax slabs by raising income tax slabs, those availing these new slabs will not be eligible for rebates and exemptions. "In this new personal income tax regime, income tax rates will be significantly reduced for the individuals who forgo certain exemptions and deductions," the FM said. 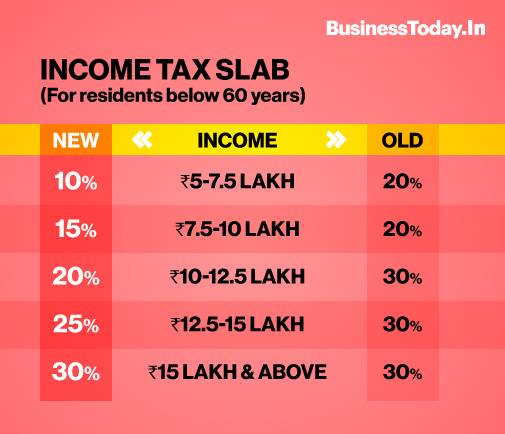 A person earning Rs 15 lakh per anum and not availing any deductions will pay Rs 1.95 lakh tax in place of Rs 2.73 lakh now, says the FM. The government will forego Rs 40,000 crore per annum revenue from new income tax rates for individuals, says the FM.

The most prominent demand ahead of the Budget was a rearrangement of the personal tax slabs. Earlier it was expected that the government might impose a flat rate of 10 per cent for taxpayers earning from Rs 2.5 lakh to Rs 10 lakh. Individuals earning between Rs 10-20 lakh and from Rs 20 lakh to 2 crore might be charged with 20 per cent and 30 per cent tax rates.