Budget 2020: The Finance Ministry is mulling these measures ahead of the Budget for 2020-21, which may be presented by the Finance Minister Nirmala Sitharaman on February 1 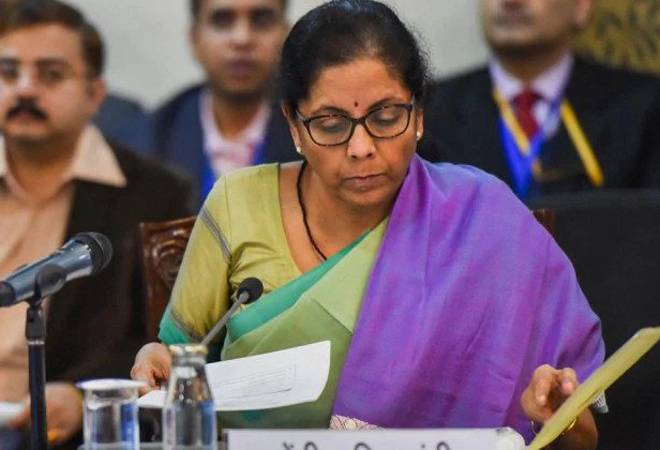 Budget 2020: The finance ministry officials would discuss and present the arguments for and against these proposals before a final call is taken at the highest level

The finance ministry is expected to announce a slew of measures in the forthcoming Union Budget 2020-21 to boost consumption and revive growth. North Block officials are in the process of considering several steps such as a uniform tax rate without exemption, new slabs for those in higher-income groups, pruning personal income tax rates (in accordance with those in corporate tax).

The ministry is mulling these measures ahead of the Budget for 2020-21, which may be presented by the Finance Minister Nirmala Sitharaman on February 1. The Economic Survey is expected to be announced on January 31.

The finance ministry officials would discuss and present the arguments for and against these proposals before a final call is taken at the highest level. "All options are being examined...any such move needs to be examined in the context of gains it can bring to the overall economy vis-a-vis the cost it entails," a government official told the Economic Times.

Meanwhile, Sitharaman has also sought inputs from netizens on the upcoming Budget 2020. She is already holding consultations with various stakeholders on ways to revive the economy.

The government is mulling a restructuring of personal income tax rates to encourage the middle class to spend more in its bid to boost consumption. The finance ministry is currently holding discussions to present concrete proposals in next year's Union Budget.

Responding to a question at an event in Delhi earlier this month, FM Sitharaman also said the government was looking at myriad suggestions and the relaxation on personal income tax was one of them before it presents the Union Budget 2020 in February next year.

Those earning up to Rs 5 lakh don't have to pay any tax on their incomes at present. However, people earning more than that may have more disposable income at their discretion after the government revamps the slab system.

The government has the option to look at income tax slabs suggested in the draft direct tax code readied by Akhilesh Ranjan, a former member of the Central Board of Direct Taxes (CBDT). The report has not been released yet. However, it had suggested changes in the personal income tax slabs to provide benefit to middle and upper-middle-class Indians, according to a report in the Livemint.

Also Read: You can tell Finance Minister what you want in Budget 2020; here's how

Currently, those earning up to Rs 2.5 lakh per year are exempted from paying income tax while individuals earning between Rs 2.5-5 lakh attract a 5% tax rate and those in the income group of Rs 5-10 lakh are taxed at 20%. Individuals earning above Rs 10 lakh have to pay tax at 30%. Those in the income bracket of Rs 1 crore, Rs 2 crore and Rs 5 crore come under a three-layered surcharge.

Once the pre-Budget meetings are over, a final decision on the tax proposals would be taken by the FM after which the proposals would be discussed with Prime Minister Narendra Modi. Industry bodies have demanded that income up to Rs 5 lakh should be exempt from tax from the current Rs 2.5 lakh to spur demand for goods and services.

Also Read:Big tax cuts may be coming for middle class in next Budget; here's why