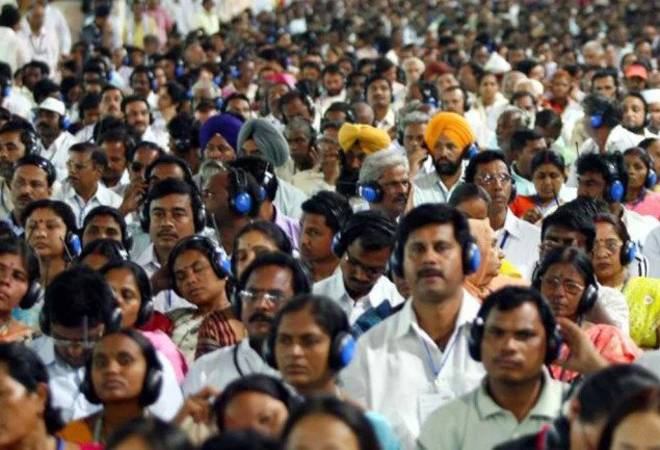 "One way to ensure that the unique identification (UID) number is used by all government and private agencies is by inserting it into the birth certificate of the infant. Since the birth certificate is the original identity document, it is likely that this number will then persist as the key identifier through the individual's various life events, such as joining school, immunizations, voting etc."

- A confidential document of UIDAI titled 'Creating a unique identity number for every resident in India', leaked by Wikileaks on 13 Nov 2009

The concerns over the Citizen Amendment Act (CAA) has prompted several state governments to halt the ongoing data collection process for a National Population Register (NPR).  The fear is that the information sought under NPR is much wider in scope and could potentially be used to target a section of the society.

What these anti-CAA advocates do not realise is that there are more solid reasons to fear that NPR is not just a census exercise, but a larger data convergence project that can result in the government putting its citizens under surveillance, that is unwarranted and dangerous to the secular and constitutional credentials of the country. NPR's linkage with Aadhaar number plays a central role here.

In fact, MHA's NPR and MEITY's UIDAI's Central Identities Data Repository (CIDR) of UID/Aadhaar numbers are aimed at creating an architecture for indiscriminate mass surveillance of the present and future voters who are being structurally coerced to give their consent to the immoral and illegitimate exercise of their profiling for countless times.

It has turned every newborn into a suspect. There is a file being created to track and profile him for good. Like Indian NSA's threat to his adversaries about having a file on them, having a UID/Aadhaar number and NPR automatically creates a file of the Indian residents in question. Even infants are not spared in this cruel scheme of things.

In a country where no intelligence chief or official has held accountable for the assassination of two of its Prime Ministers and for betraying nation's secrets, can it be hoped that all those who compromised India's data security will be made liable for their treacherous acts of transferring the sensitive data of present and future citizens including ministers, soldiers, judges and ministers?

There is a compelling logic for setting up a High Powered Commission of Inquiry to probe the ongoing bartering of citizen's databases and transfer of national data assets to foreign entities.

The States should un-sign the MoUs they have signed with UIDAI and discontinue both UID/Aadhaar and NPR exercise to resist the emergence of an unlimited government, unlimited by the Constitution of India and Constitutionalism.

Here are the Nine reasons why I say so:

1. The majority order of the Supreme Court's 5-Judge Constitution Bench on September 26, 2018, has pointed out that the Unique Identification (UID)/Aadhaar Number project and National Population Register (NPR) project are part of the one database convergence scheme. NPR has been mentioned at least on eight occasions in the order to underline the same.

2. One of the earliest documents that refer UIDAI, a 14-page document titled 'Strategic Vision: Unique Identification of Residents' prepared by Wipro Ltd for the government envisaged the close linkage that the UIDAI's Aadhaar would have with the electoral database. The use of electoral database mentioned in Wipro's document remains on the agenda of the proponents of UID/Aadhaar.

3. The 41-page Wikileaked document titled 'Creating a unique identity number for every resident in India' that declared itself to be a 'Confidential- property of UIDAI' states, "The Unique ID or UID will be a numeric that is unique across all 1.2 billion residents in India. The UID number will not contain intelligence. In older identity systems, it was customary to load the ID number with information related to the date of birth, as well as the location of the person."

This document reveals that from day one the Prime Minister wanted to create a file on each of "1.2 billion residents", the division of work between Ministry of Home Affairs (MHA)'s NPR and Ministry of Electronics and Information Technology (MEITY)'s UID/Aadhaar was/is merely an attention diversion tactics to outwit citizen's scrutiny.

The ongoing merger of the electoral database with UID/number debunks UIDAI's claim that UID/Aadhaar number "will not contain intelligence" and "the location of the person."From these disclosures, it seems that the government has adopted an adversarial role vis-a-vis Indians and acting beyond its constitutional mandate in order to pander to the interests of the commercial czars, non-state actors and foreign intelligence companies.

4. In an RTI reply dated October 25, 2013, UIDAI shared a truncated contract agreement with Ernst & Young. The contract agreement states that "the Unique ID will be a random 12-digit number with the basis for establishing uniqueness of identity being biometrics". It announces that "we will provide a Unique Identity to over 113.9 crore people."

This is evidently a fraudulent announcement because UIDAI with which the agreement has been signed had the mandate to provide Unique Identity to only 60 crore residents of India, and not to 113.9 crore people.

It is evident that while the government kept Ernst & Young informed about its motive, it kept states, citizens, the parliament and the Supreme Court in the dark. The contract agreement reveals that "biometric systems are not 100 % accurate" and "uniqueness of the biometrics is still a postulate." This admission pulverizes the deceptive edifice on which MEITY's UID/Aadhaar and MHA's NPR rests.

5. Section 57 of un-amended Aadhaar Act, 2016 stated that "Nothing contained in this Act shall prevent the use of Aadhaar number for establishing the identity of an individual for any purpose, whether by the State or any body corporate or person, pursuant to any law, for the time being in force, or any contract to this effect".

It implies that UID/Aadhaar of "over 113.9 crore people" has been shared with foreign private body corporates like Ernst & Young. It is only after the horse had escaped the barn that door has been closed through Section 25 of Aadhaar and Other Laws (Amendment) Act, 2019 in compliance of the Court's order dated September 26, 2018.

Section 25 of the Amendment Act 2019 states that Section 57 of the Aadhaar (Targeted Delivery of Financial and Other Subsidies, Benefits and Services) Act, 2016 has been omitted with effect from July 24, 2019.

6. At paragraph 8 of the majority order authored by Justice A K Sikri, it is recorded that "a Processes Committee was set up on July 03, 2006, to suggest the process for updation, modification, addition and deletion of data and fields from the core database to be created under the Unique Identification for BPL Families project.

This Committee, on November 26, 2006, prepared a paper known as 'Strategic Vision Unique Identification of Residents'. Based thereupon, the Empowered Group of Ministers (EGoM) was set up on December 04, 2006, to collate the National Population Register under the Citizenship Act, 1955 and the Unique Identification Number project of the Department "of Information Technology.

Subsequently, "a Committee of Secretaries was formed. The said Committee gave its recommendations which were discussed by EGoM. After approving the Aadhaar Scheme in principle, it instructed the Cabinet Secretary to convene a meeting to finalise the detailed organisational structure of the UID.

After considering the recommendation of the Cabinet Secretary, Notification No. A-43011/02/2009-Admn.I was issued on January 28, 2009, by the Government of India which constituted and notified the UIDAI."  Annexure 1 of this notification that constituted UIDAI deals with the Role and Responsibilities of UIDAI. The fourth point in this notification reads: "implementation of UID scheme will entail" taking "necessary steps to ensure collation of NPR with UID (as per. approved strategy)".

7. The minutes of a meeting of Committee of Secretaries held under Chairmanship of Cabinet Secretary November 23, 2015 talks of "integrating the twin approaches under NPR and Aadhaar."

The "integrating the twin approaches under NPR and Aadhaar" which is referred here is the same as taking "necessary steps to ensure collation of NPR with UID (as per. approved strategy)" underlined in the notification mentioned in the Aadhaar Act.

8. A Ministry of Home Affairs communication dated July 19, 2019 states that "The National Population Register (NPR) thus prepared, was seeded with Aadhaar number during its updation exercise in 2015 along with a collection of demographic details of new household members. Approx. 60 mores Aadhaar numbers have been seeded in NPR Database."

This communication discloses that "It has now been decided by the Ministry of Home Affairs to update the existing NPR database during April 2020 - September 2020 along with House listing & Housing Census of phase of Census 2021. While updating the NPR, the Aadhaar number of all the individuals whose Aadhaar number is not available in the NPR Database will also be collected along with various other items. Necessary notification for updating NPR in 2020 will be issued shortly."

9. The Court's order reveals that "A core group was set up to advise and further the work related to UIDAI...The core group, inter alia, decided that it was better to start with the electoral roll database of 2009 for undertaking the UIDAI project."

There was never an occasion wherein there was an all-party meeting to seek the consent of all the political parties with regard to such use of "electoral roll database". This framework tantamount to rewriting the political geography of the country with hitherto unknown consequences for political rights.