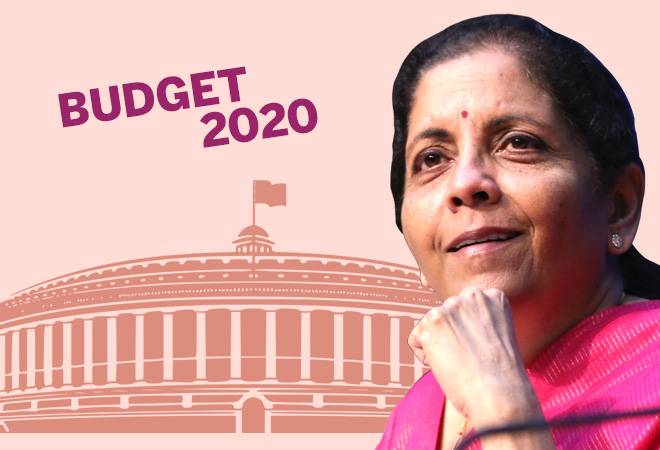 Finance Minister Nirmala Sitharaman on Saturday presented the Modi government's second budget in Parliament, which aimed at boosting investment at a time when the country is staring at an estimated 5 per cent annual rate of expansion, the slowest pace since 2009.

The major highlights of Union Budget 2020 are as follows:

Finance Minister Nirmala Sitharaman announced a change in the income tax slabs. Sitharaman revised income tax rates for earning up to Rs 15 lakh, while no tax will be applied on earnings up to Rs 5 lakh. The new slabs have significantly reduced the taxes for most of the brackets. Those earning Rs 5-7.5 lakh will now pay just 15 per cent, while those earning up to Rs 5 lakh in a year will pay no tax.  If you are earning between Rs 10 lakh to Rs 12.5 lakh and between Rs 12.5 lakh and Rs 15 lakh, you will have to pay lesser tax than before.

In her Budget speech, Nirmala Sitharaman said that the government proposes to sell a part of its holding in LIC by initial public offering (IPO). The minister, however, did not reveal the percentage of holding that it would sell.

Sitharaman on Saturday announced Rs 1.7 lakh crore for developing infrastructure to boost transport sector. She also proposed Rs 27,300 crore for development of industry and commerce. She said that Investment Clearance Cell will be set up through a portal, which will provide end-to-end facilitation, support and information on land banks.

In line with the government's commitment to promote domestic travel, finance minister Nirmala Sitharaman announced 100 more airports by 2024 under the UDAN (Ude Desh ka Aam Naagrik) regional connectivity scheme. Two other major infrastructure announcements made in the budget speech were the proposed completion of the Delhi-Mumbai expressway by 2023, and the launch of a Chennai-Bengaluru expressway.

The Indian Railways will set up Kisan Rail through public-private partnership (PPP) model for the transportation of perishable goods. The trains will have a refrigerator to keep goods fresh. The Civil Aviation Ministry will launch Krishi Udan scheme on international and national routes to assist farmers in transporting agricultural products so that it improves their "value realisation", especially in the north-east and tribal districts.

Sitharaman during her Budget 2020 speech said Dividend Distribution Tax has been removed and will be applicable to individual investors only. Currently, companies are required to pay DDT on the dividend paid to its shareholders at the rate of 15 per cent plus applicable surcharge and cess, which is in addition to the tax payable by the company on its profits.

Budget 2020: DDT gone! To be applicable to individual investors only