WEF 2020: Trump, who has repeatedly expressed scepticism about climate change, is set to give the first keynote address of Davos 2020 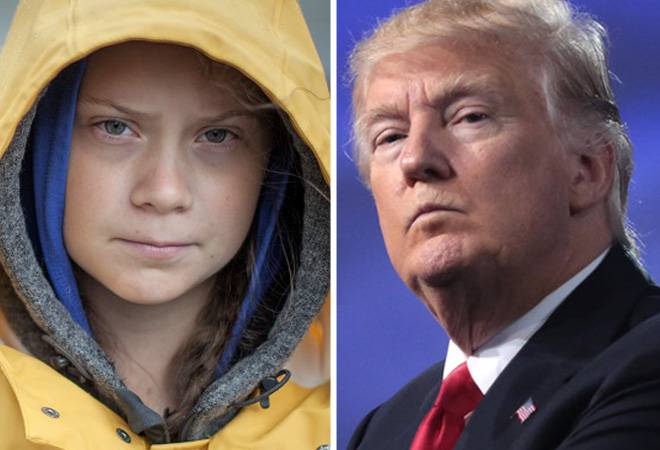 The starkly opposed visions of US President Donald Trump and Swedish teen activist Greta Thunberg on climate change will clash in Davos on Tuesday as the World Economic Forum tries to face up to the perils of global warming on its 50th meeting.

The four-day gathering of the world's top political and business leaders in the Swiss Alps gets under way seeking to meet head-on the dangers to both the environment and economy from the heating of the planet.

Trump, who has repeatedly expressed scepticism about climate change, is set to give the first keynote address of Davos 2020 on Tuesday morning, on the same day as his impeachment trial opens at the Senate in Washington.

Around the same time, Thunberg will also attend a meeting at the forum, where she is expected to underline the message that has inspired millions around the world -- that governments are failing to wake up to the reality of climate change.

The forum's own Global Risks report published last week warned that "climate change is striking harder and more rapidly than many expected" with global temperatures on track to increase by at least three degrees Celsius (5.4 degrees Fahrenheit) towards the end of the century.

There are no expectations that the two, who have exchanged barbs through Twitter, will actually meet, but the crowded venue and intense schedule mean a chance encounter cannot be ruled out.

When Trump and his entourage walked through UN headquarters last year at the annual General Assembly, a photo of the teenager staring in apparent fury at the president from the sidelines went viral.

Sustainability is the buzzword at the forum, which began in 1971, with heel crampons handed out to participants to encourage them to walk on the icy streets rather than use cars, and the signage paint made out of seaweed.

Trump's opposition to renewable energy, his withdrawal from the Paris climate accord negotiated under his predecessor Barack Obama, and the free hand extended to the fossil fuel industry puts him at odds with the entire thrust of the event.

"Climate change is a hot topic at Davos," said Chris Williamson, chief business economist at IHS Markit, adding there had been a "change in the atmosphere" and realisation that climate change represented a downside risk for the economy.

EU Commission chief Ursula von der Leyen said at a welcome ceremony in Davos that "for too long, humanity took away resources from the environment and in exchange produced waste and pollution".

Business leaders attending the forum will be keen to tout their awareness on climate change but are likely also to be concerned by the state of the global economy whose prospects, according to the IMF, have improved but remain brittle.

The IMF cut its global growth estimate for 2020 to 3.3 percent, saying that a recent truce in the trade war between China and the US had brought some stability but that risks remained.

"We are already seeing some tentative signs of stabilisation but we have not reached a turning point yet," said IMF chief Kristalina Georgieva.

Activists meanwhile will be pressing for much more concrete action to fight inequality, after Oxfam issued a report outlining how the number of billionaires has doubled in the past decade and the world's 22 richest men now have more wealth than all the women in Africa.

Other key priorities will be exploring how to battle biodiversity loss, narrow the digital divide between the internet haves and have nots and step up the fight against pandemics in the face of vaccine hesitancy and drug resistance.

"I am angry about the state of the world but I am also determined to engage and provide solutions and deliver," WWF director general Marco Lambertini told AFP. "There needs to be healthy balance between these two sentiments."

The risk of global conflict will also loom large after the spike in tensions between the United States and Iran, following the killing of Iranian commander Qasem Soleimani in a US drone strike.

But a planned appearance by Iranian Foreign Minister Mohammad Javad Zarif -- which could have paved the way for a showdown or even meeting with Trump -- has been cancelled.

Venezuela's opposition leader Juan Guaido -- who declared himself acting president last year -- will be attending the forum in defiance of a travel ban imposed by the regime of President Nicolas Maduro.