Coronavirus impact: Skoda gears up with three car launches as Motown stirs back to life

The coronavirus-induced lockdown may have forced the $120 billion India automotive industry to lie low in the last few months, but it is coming back to life by doing what it does best - launch cars. Czech car maker Skoda Auto India launched three cars in one go on Tuesday including an all new mid size SUV Karoq priced at Rs 24.99 lakh. Skoda has been around in India for close to two decades now but is a fringe player in the market. Yet, this unusual hyper activity indicates not only its new found zeal to succeed - it embarked on an India 2.0 strategy last year - but a general pent up feeling in the industry to get on with its business.

The company which is now spearheading world's largest auto conglomerate Volkswagen Group's India plans, also gave a lowdown on things to come in future. With diesel technology now on its last legs, Skoda is basing its future plans on turbocharged petrol engines coupled with direct injection technology under the proprietary branding of its TSI engines. 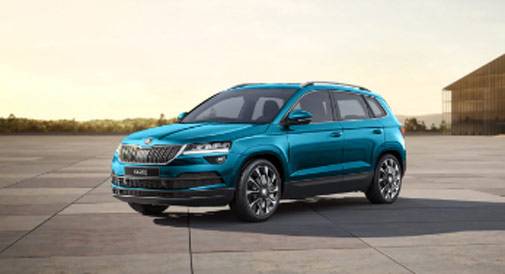 The Karoq for example comes with a sole 1.5 litre turbocharged petrol engine that has a peak output of 150 PS power and 250 NM of torque. It is mated with a 7 speed dual clutch automatic gearbox. The smaller engine gives it a relatively high fuel economy of 14.49 kpl. One of its competitors Hyundai Tucson has a bigger 2 litre petrol engine that has a comparable 155 PS peak power output but a much lower 196 NM torque and an ARAI certified fuel economy of 12.95 kpl.

The two other cars that were launched today were the Superb and Rapid, both existing brands but like the Karoq, with new turbocharged petrol engines. The Rapid, which is Skoda's entry level sedan in the country, has a 1 litre engine produces a peak power of 110 PS and torque of 175 NM with a fuel economy of 18.97 kpl. Against the outgoing non turbocharged petrol engine, the car now has 5 per cent more power, 14 per cent more torque and a significant 23 per cent high fuel economy. The Rapid is being offered with a 6 speed manual transmission and a 7 speed torque converter automatic gearbox. It is priced between Rs 7.49-11.79 lakh. 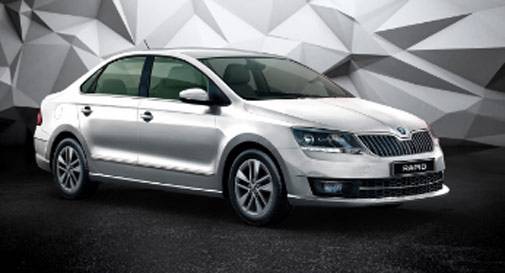 "Today with the industry's first one-of-a-kind virtual conference we added three new products in our portfolio: the new Rapid, the new Superb and the all-new Karoq. These provide a compelling combination of the brand's emotive design, exquisite interiors, class leading safety and intelligent connectivity features," said Zac Hollis, brand director, Skoda Auto India. "The latest offerings are deemed to be bestsellers, setting benchmarks for functionality, practicality and spaciousness in their segments," he added.

Under the 'INDIA 2.0' project, Skoda plans to expand its geographical presence in the country, from 80 dealership facilities across 65 cities today, to over 200 touch points across 150 cities, by 2025. By then, it hopes to top annual sales of 100,000 units.