Maruti Suzuki leader in PV sales with over 1 lakh sales in November: FADA

Despite a fall in PV sales, Maruti Suzuki India has emerged as the segment leader in passenger vehicle sales.

Passenger vehicle (PV) sales declined by 19.44 per cent y-o-y in November this year on account of the global semiconductor shortage. The semiconductor shortage is resulting in longer waiting periods. On the other hand, two-wheeler sales went down by 0.75 percent this year while three-wheeler sales logged a rise in November, as per the Federation of Automobile Dealers Association (FADA) data.

“PV continues to face the brunt of semi-conductor shortage. While the new launches are keeping customer’s interest high, it is only the lack of supply which is not allowing sales to conclude. The extended waiting period is now starting to make customers jittery and this may lead to loss of interest in vehicle buying,” FADA President Vinkesh Gulati said.

Gulati believes that though the two-wheeler sales figures are at par with last year, customers have decided to stay away from two-wheelers due to incessant rains and floods, high acquisition price and rising fuel costs. He added that there are no signs of this situation improving. 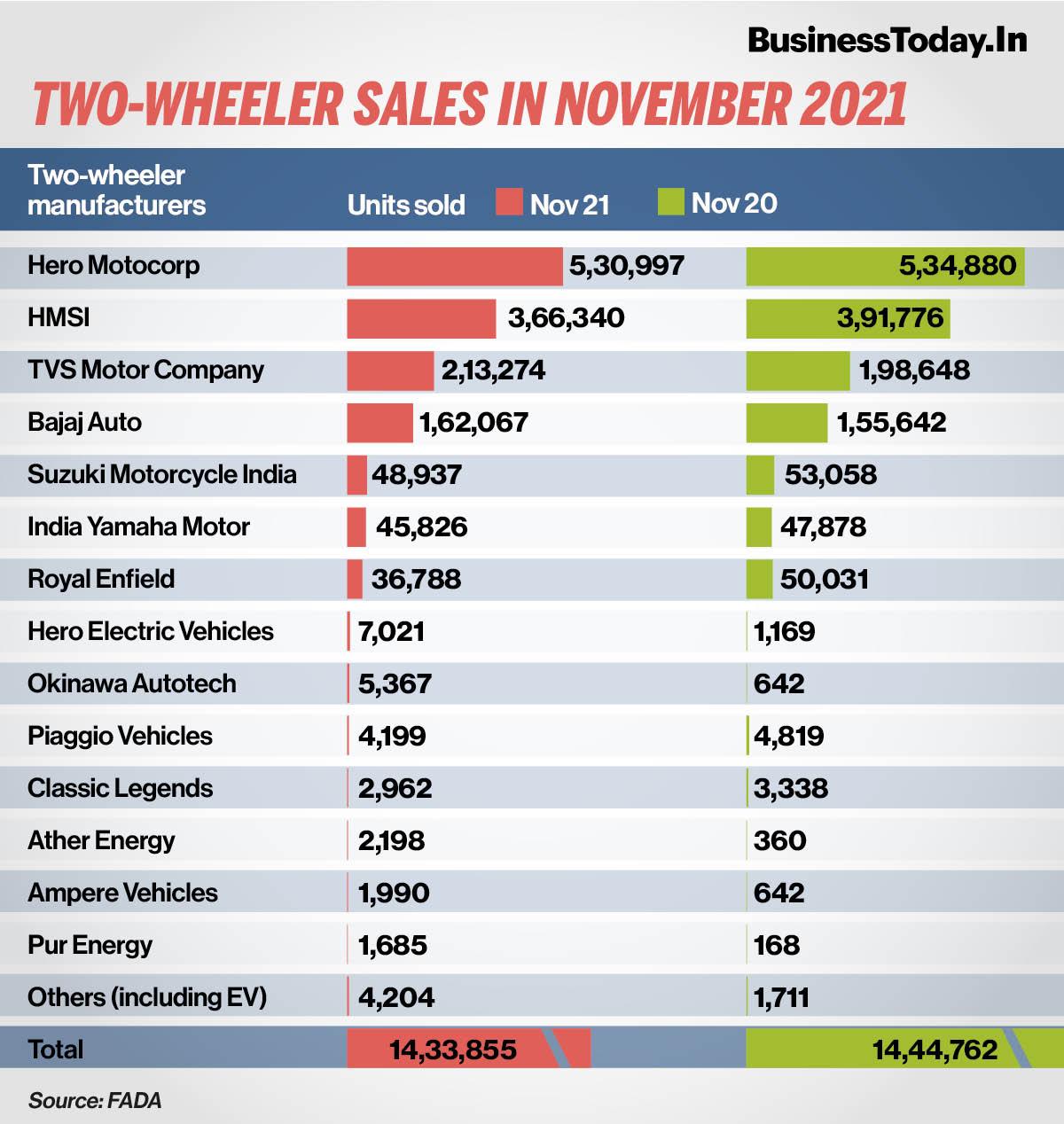