All major cycle manufacturers in the country like Hero Cycles, TI Cycles, Decathlon and Trek bikes are witnessing a surge in demand on the back of the coronavirus lockdown 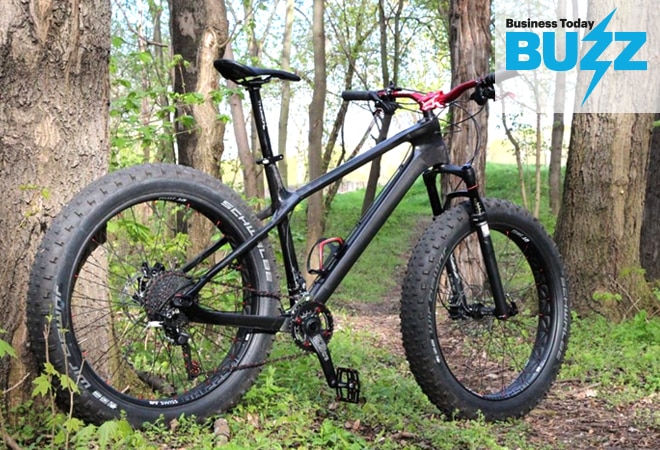 If you are in the market for a bicycle and are exploring online purchase through French sports goods retailer Decathlon, chances are you will return empty handed.

Decathlon, which has gained a name for itself as the go-to brand for sports aficionados in India sells a range of bicycles through its in-house BTWIN brand. With around 50 products straddling different segments and price points from Rs 5,000 going up to Rs 1.6 lakh, a surge in demand for its products in the post-lockdown period has seen the company running short on supplies. A significant number of its products including some bestsellers are out of stock.

Decathlon is not alone. All other major cycle manufacturers in the country like Hero Cycles, TI Cycles and Trek bikes are witnessing a similar surge in demand. The pandemic may have ravaged India's overall economy but it has given a new lease of life to the humble bicycle.

"Post the lockdown there has been a significant spurt in demand. At Hero Cycles, we have witnessed an almost 50 per cent jump in demand for traditional bicycles and a nearly 100 per cent growth in electric cycles," says Pankaj M Munjal, Chairman & Managing Director, HMC. "While Metros have seen a major spurt in premium cycles, overall growth has been noticed in tier-2 and below cities. Some cities that have seen major growth of 20 per cent to nearly 200 per cent are Jalandhar, Bareilly, Chandigarh, Mohali, Srinagar, Patna, Coimbatore, Gwalior, and Lucknow to name a few."

"In fact, this has been the trend across the world. In the US and across Europe bicycle sales of both traditional and e cycles have surged," he adds. "A number of cities across the world are reconfiguring their urban transport policy and infrastructure by reallocating greater road space to cycles."

"Demand has increased in all segments but it is higher for fancy bicycles. In big cities demand has almost doubled and that is where fancy bicycles sell more," says Dr K B Thakur, secretary general, All India Cycle Manufacturers Association. "Urban consumers are opting for bicycles to keep fit as they want to avoid going to the gyms. Roadsters are also seeing a 50 per cent growth in demand as in smaller towns and cities, cycling is seen as a way to maintain social distancing and as an alternative to public transport."

ALSO READ: BT Buzz: Buying a dream home? COVID-19 can help you save lakhs on EMIs

"The rise in demand has been felt by almost all bicycle segments depending on the geographies. However, the premium category has witnessed exponential growth, which tells us that an increasing number of urban high-income consumers are opting to ride bicycles. Overall, almost all types of cycles are registering healthy sales," says Munjal of Hero.

"Immediately after the lockdown, we saw the demand for our Mountain, Hybrid & Fitness range of bicycles go up by more than 200 per cent. In the past month, we are seeing demand of performance bikes increase by almost 100 per cent - these are high-end performance bikes starting at Rs 150,000 and going all the way up to Rs 1,000,000," says Navneet Banka, country head, Trek Bikes India. "The world is experiencing a bike boom, and the story is no different in India. We are seeing a huge surge in demand for super-premium bicycles (retail price above Rs 30,000), with customers walking into stores and specifically asking for a Trek. This also means most customers in this segment have done their research even before walking into a store to buy a bicycle."

So, if the demand is so strong, what explains the shortage in the stores? The complete lockdown in April followed by the staggered unlocking of the economy has disrupted the supply chain of the industry that has brought down the productivity levels in the factories. Added to that, the mandatory social distancing norms on the shop floor also means bicycles cannot be produced at the same scale even if all components were available.

"It is quite ironical in a way. This industry was waiting for an upturn for years and now that it is here, it is not able to produce as much as it can or wants," says Thakur of AICMA.

Chennai-based TI Cycles that sells under the BSA and Hercules brands in India says it is witnessing a 20 per cent spurt in demand but due to labour and component shortage from the supply chain, it is able to operate its factories at only half the rated capacity.

"We have witnessed a 20 per cent spurt in demand. The demand for fancy cycles and premium cycles are showing the maximum growth," says K K Paul, president, TI Cycles. "We cater to the market from our two plants - one at Chennai for south and one in North catering to the North, East and West markets.  Availability of components is still critical. Most of our suppliers are small scale industries who are coping with labour and material shortages and therefore our production is being guided by availability of components. We are currently at 50 per cent capacity utilisation."

It does auger well for investments for the future.

"By March 2021, the Hero Industrial Park at the International Cycle Valley in Dhanasu, Punjab will become operational. This will take Hero Cycles' manufacturing capacity to 10 million units per year," Munjal says. "While this project was already underway for a long time, it is coming to fruition at the right time when demand is rising."

The question to be answered, however, is whether this growth is sustainable? The jury is still out on that. The Murugappa group company believes it is mostly pent up demand as overall trade has not really grown over last year.

"In my opinion this appears to be a pent-up demand," says Paul of TI Cycles. "Overall, the trade has not grown over last year, but in the current FY May -July period, some shift in demand was witnessed from unorganised to the organised sector."

Of the 22 million bicycles, around 6 million are sold in the unorganised sector. Banka of Trek and Munjal of Hero however believe the growth trajectory is here to stay.

"We are hoping that the COVID 19 crisis will bring about a perceptional and behavioral change among people," says Munjal. "As more people take to cycling, the practice will become more acceptable for the larger consumer and this will result in a growing demand for cycling safe infrastructure. So, we believe that despite it being ushered in by a pandemic, the trend of increased cycling is likely to continue."

For the super-premium category, Banka believes the future is rosy too.

"We believe the trend is here to stay - while talking to many such new riders; we understand they are now hooked to this great way to staying fit while having fun and enjoying the outdoors with their friends and family," Banka says. "In addition, cycling is a great way of social distancing, contributing to the environment and reducing congestion on roads - a simple solution to many of our world's most complex problems. Many consumers are now commuting short distances on bicycles - a huge change in the mindset, which will further fuel the demand for bicycles."

The humble bicycle is speeding again.