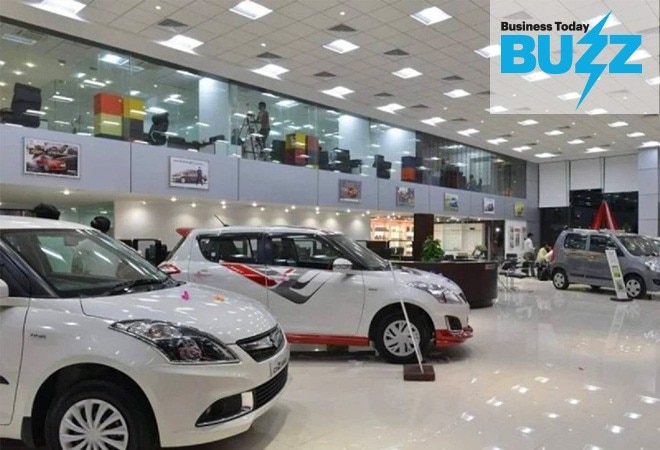 India's domestic automobile industry that had become the poster boy of the economic downturn in the pre Covid era, is now emerging as a barometer of a revival in the economy.

After a historical low in April when the industry recorded zero wholesale as well as retail sales as all factories, showrooms and workshops remained shut due to the complete lockdown in the country, the industry gingerly got back to work in May recording an 85 per cent decline in volumes over May 2019. With restrictions on movements eased further in June, the uptick this month so far has been more significant and the revival faster than expected. Compared to just 60 per cent in May, over 80 per cent of the 26,500 dealerships in the country are now operational. At the retail level--actual sales to customers at the showrooms, carmakers say volumes will inch up to between 60-70 per cent of last year June's tally by the end of this month.

The wholesale figures which denote the dispatches made by companies from their factories to dealerships may lag a bit due to the inventory in the system but would also show a revival albeit to a lesser magnitude.  Passenger vehicle sales in June 2019 stood at 225,732 units and a revival of around 60 per cent volume would put the month's tally at 135,000 units. For two wheelers, dispatches from companies in June 2019 was much higher than the retail level at 16,49,477 units. A revival of 60 per cent demand there would mean dispatches of nearly a million two wheelers.

"So far the first fortnight in June has been extremely good. We have in fact, stopped comparing with May and are now looking at June last year instead," says Tarun Garg, director, sales and marketing, Hyundai Motor India Ltd, India's second largest car maker.

"My expectation is that industry could touch somewhere between 60-70 per cent of retail sales of June last year. At wholesale level, it will still take time because the network stock remains high. (Yet) This is still a huge turnaround from May where sales were only at 15 per cent at the wholesale level, hence the 85 per cent drop in industry sales, and 25 per cent at the retail level. So, in just one month from May to June we are talking about moving from 25 to at least 60 per cent at retail level, which is a remarkable recovery."

"Compared to last June, so far retail volumes in rural markets for two wheelers is at 70 per cent for passenger vehicles it is 50 per cent. In urban centres both are at 50 per cent," says Vinkesh Gulati, managing partner, United Automobiles that has Bajaj and Mahindra dealerships across the country. "This is the expectation as of today and we can only talk about retail numbers. For wholesale, it maybe 60-70 per cent but I have my doubts."

In the case of two-wheelers especially for entry-level versions, demand is more robust. This segment is being propped up by two factors--strong revival in rural markets due to a bumper rabi crop while in the cities consumers are opting for a two-wheeler to avoid using public transport. Compared to passenger vehicles, two-wheeler manufacturers have greater penetration in the hinterlands of the country which makes them better placed to exploit any increase in demand from those markets.

"In two wheelers demand is returning driven by preference for personal vehicles rather than the public transport, and higher disposable income in rural market due to good harvest," says Jinesh Gandhi research analyst for Motilal Oswal Financial Services in a report. "While this could be an initial spurt in demand, sustenance of the same is a key monitorable."

India's largest two wheeler manufacturer Hero MotoCorp restarted operations at its factories on May 4 and produced only a little over 1.10 lakh two wheelers during the month against the usual capacity of over 6 lakh units. It is however, now quickly ramping up production buoyed by the stronger than expected demand for its products and has asked multiple vendors to ramp up fast.

While the company has officially not given any forecast, sources said it is witnessing retail sales of nearly 20,000 units everyday at its dealerships and could end up producing over 400,000 units this month. That would mean nearly 80 per cent of the level of its volumes in the pre Covid month of February 2020 and over 65 per cent of the level of production of June 2019.  It would, however, still be over 40 per cent lower than the peak production level of over 700,000 units of June 2018.

"We have been given a revised estimate of supplies for June and July which is 40 per cent more than May," says a Manesar based supplier to Hero. "At the same time, we have been told that supplies for July could be revised by an incremental 10-15 per cent and have been asked to be prepared for it. This is good news for us."

The upside of this revival in the rural pockets of the country is also likely to benefit some carmakers like market leader Maruti Suzuki that has significantly greater penetration than the others.

"The rabi crop has been very good and farm incomes will be higher as a result. The effect of covid-19 seems to be more in urban clusters than rural areas. So, that part is also positive," says Shashank Srivastava, executive director, marketing and sales, Maruti Suzuki. "The negative is that some urban activity-led income, which used to go back to rural areas through migrant labourers, will be a little impacted. Rural sales will bounce back quicker."

These are however, still early trends and come with a number of caveats. Whether this momentum will sustain for the rest of the year is also under question. For one, the bullishness of the automotive companies also referred in industry parlance as Original Equipment Manufacturers (OEMs) is tempered by a less optimistic outlook by dealers. In many ways the latter projects a better scenario of the ground reality.

Last week, president of Federation of Automobile Dealers Association (FADA) Ashish Harshraj Kale said the demand scenario in the first ten days of June was weak. By the end of May, only around 60 per cent of the dealerships had reopened across the country which hampered overall sales. The number has now risen to over 80 per cent but Kale said consumer confidence remains weak.

"At the end of May, out of 26,500 outlets about 60 per cent showrooms and 80 per cent workshops were operational across the country. May registrations are hence not indicative of the demand situation as lockdown still continued in many parts," he said. "The first 10 days of June witnessed extremely low demand despite most dealerships now open for business. Weak consumer confidence especially in urban areas continues to haunt, as customers prefer to stay away from concluding their purchase due to threat of community spread. Further the threat of a return of complete lockdown also persists causing uncertainty in business environment."

This divergence between what the dealers say and the OEMs perceive makes it difficult to get a fix on the real picture.

Typically, there has always been some mismatch between retail and wholesale figures but both correct each other over a period of time.

"In my 25 years as a professional, I have realised that demand and supply will never match hundred per cent. So I don't think there's any such problem," says Garg of Hyundai. "We have ample stock in the network and the ramp-up in the factory is also happening at a good pace. And some of our cars like the new Creta continue to do very well. We have already crossed 30,000 bookings for that."

So far, the government has tried to fix supply-side constraints through its fiscal package while the need to shore up demand has largely been ignored. It may hamper a sustained recovery in the long run.

"With an assumption of no further lockdown and continued reopening measures, there will be substantial pick up in retail in June as compared to May, but the overall outlook continues to be grim with projected sales likely to witness a de-growth upwards of 25 per cent year on year," says Kale of FADA. "Mobility is a necessity and not luxury in a growing country like ours. Demand stimulus along with credit support can bring auto sales back in positive zone within 30-60 days and help shore up consumer confidence."

The automobile industry was already in the midst of a downturn before the pandemic and hence even if volumes return to pre Covid period, it would still be far lower than the peak of 2018-19. At a cumulative level, projections by various research firms for the current fiscal remains bleak. Crisil has said passenger vehicle volumes could contract by 22-25 per cent this yeat to a decade low of 26.5 lakh units in 2020-21 marking a second straight year of double digit volume decline.

"With muted income growth, discretionary spending will take a backseat this fiscal. Small PVs and used vehicles will find favour owing to better affordability. Also, given increasing awareness about social distancing, consumers may reduce, if not avoid, travel by public, pooled and shared transport in the short term," says Anuj Sethi, Senior Director, CRISIL Ratings. "However the benefit from change in commuting-pattern will only partly offset the steep downturn."

One big relief for the industry is that so far there has been no major disruption in the supply chain either due to lack of funds or migration of labour. The three-tiered automotive ancillary industry consists of thousands of small and medium component makers spread across the country. It forms the backbone of the $120 billion industry.

"I would not say that the migrant labor matter is disrupting our supply chain. Everybody has resumed now operations, wherever it was possible." says Jan Oliver Roehrl, Chief Technology Officer and Joint Managing Director, Bosch Limited. "Some of them are in containment zones but even they have been given an exception to restart operations. And from that perspective, I'm quite optimistic. While we cannot predict now really what is going to happen, but at the moment, this is starting more smoothly than I imagined."

From the back end side, with the transition to BS VI emission norms now out of the way, manufacturers are ready and eager to push metal out of the factories.

"We are tracking almost 1,000 supplier sites within the country to ensure smooth ramp up. And I'm very happy to tell you that more than 95 per cent of all these vendor sites have started working, which are required -- which actually supply the material to us. And as a part of that, we are in a good stage now for ramping up our BSVI production," says P Balaji, group CFO, Tata Motors, India's largest automobile firm.

Are the green shoots a mere reflection of pent up demand or the first signs of a sustainable demand recovery, is the million dollar question. The festive period in October and November that accounts for more than 30 per cent of annual sales, would answer that.

ALSO READ: Nissan shuts down factories in Indonesia and Barcelona; India under scrutiny

BT Buzz: Buying a dream home? COVID-19 can help you save lakhs on EMIs