Good news for Mumbaikars! Mumbai rains likely to last through the week

Mumbai Rains: Despite irregular showers, there has been a two-week delay in monsoon arrival in Mumbai and other areas of north Konkan 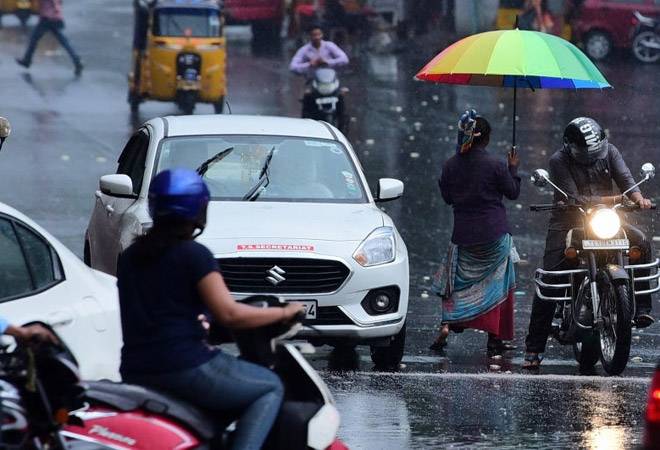 Mumbai rains brought much respite to citizens on Monday as the monsoon finally arrived and is expected to last through the week / Image Source: Twitter.com/weatherindia

Rains brought much respite to Mumbaikars on Monday as the monsoon finally arrived in the city and is expected to last through the week. The southwest monsoon further advanced to other parts of Maharashtra, including Alibaug and Malegaon.

The India Meteorological Department (IMD) told Reuters that the monsoon has now covered nearly half the country and is expected to progress further to the central and western parts this week. Whilst, the monsoon has advanced to more parts of Maharashtra, including remaining parts of Marathwada and Vidharbha.

According to private weather forecasting agency SkymetWeather, the southwest monsoon has quickened its pace and has now reached further areas of Konkan and Madhya Maharashtra.

The maximum temperature recorded in Mumbai on Sunday was 33 degree Celsius. Despite irregular showers, there has been a two-week delay in monsoon arrival in the city and other areas of north Konkan. This has been the longest the city has waited for rainfall since 2009.

"Within the next 48 hours (i.e. June 26), the southwest monsoon onset is likely over Mumbai, provided rain-bearing criteria are fulfilled. The criteria include consecutive rainfall for two days amounting to 2.5mm per day and supporting wind direction being westerly," Shubhangi Bhute of India Meteorological Department (IMD) told the Hindustan Times in Mumbai.

Also Read: All eyes on a monsoon that is critical for India's economy

"The current wind direction is westerly, but based on a cyclonic circulation (weather system) located over south Gujarat and surrounding areas, the intensity of rain is likely to increase over Mumbai and surrounding areas from Tuesday onwards. In such a situation, monsoon onset can be declared by Wednesday," she added.

Meanwhile, the Santacruz weather station on Monday recorded minimal rain while Colaba (South Mumbai), recorded 7.4 mm rain between 8.30 am and 5.30 pm. The moisture level was high, as it was 98% in Colaba and 72% in Santacruz. "Majority of the rainfall confined to Colaba region, Andheri to Borivli, isolated areas in the eastern suburbs, Thane, Navi Mumbai, and other areas in MMR," an IMD official told the news daily.

Also Read: Maharashtra: Heatwave to continue for 3 more days, monsoon to be delayed by a week